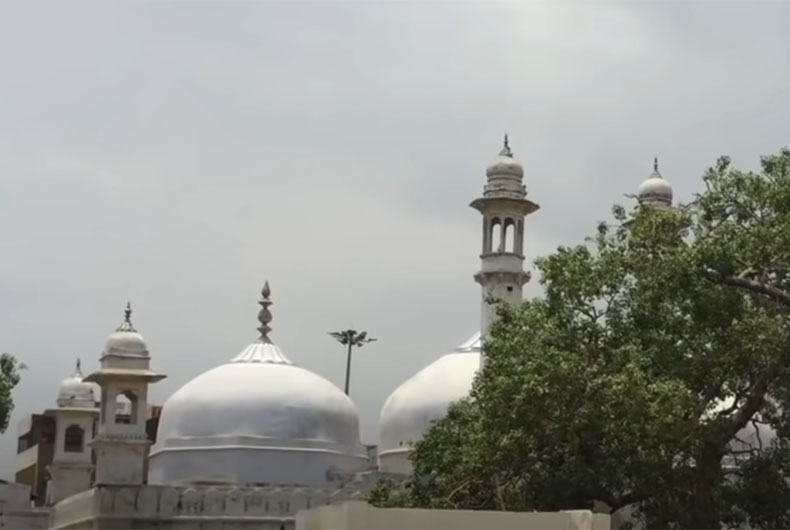 An undated video, said to be many years old, shows the entire water of the pond drained out and people using the floor wiper to clean the pond

Varanasi: Soon after Hindu lawyers claimed ‘discovery’ of ‘Shivling’ in Gyanvapi Masjid pond, a video has surfaced that contradicts the presence of any such thing.

An undated video, said to be many years old, shows the entire water of the pond drained out and people using the floor wiper to clean the pond.

The pond is in the premises of the Gyanvapi Masjid and used for wadhu, ablution.

“Many years ago there was a fountain in the pond that broke down over a period of time. The ‘Shivling’ which is being ‘discovered’ today is part of the same broken fountain”, Harun Khan, an activist, wrote while sharing the video.

Hindu lawyers had on Monday claimed the ‘discovery’ of shivling in Gyanvapi Masjid pond. The lawyers also approached the Varanasi Civil Court which ordered to seal the said area.

The lawyers made the claim after the videography survey of Gyanvapi Masjid.

An advocate from the Hindu side, Madan Mohan Yadav, claimed that the shivling is Nandi faced.

“The shivling is 12 feet by 8 inches in diameter,” he added.

However, while talking to BBC, Syed Mohd Yaseen of the Mosque Committee had earlier said that the masjid management had in 2010 cleaned the pond, and there was no shivling as claimed by some Hindu groups.

The latest development has created a controversy all over the country with different leaders making claims and counter claims.

At the forefront is AIMIM President Asaduddin Owaisi who said the court order to seal the mosque is against the Places of Worship Act 1991.

Owaisi also said that the ‘discovery’ of shivling in Gyanvapi Masjid is “textbook repeat of 1949 when in the similar manner the status of Babri Masjid was changed.

Consequently, Babri Masjid was demolished by the right-wing Hindu extremists, and the construction of a Ram Temple was facilitated by the order of Supreme Court of India.

Interestingly, the Supreme Court of India while granting the permission to build Ram Temple on the site where Babri Masjid stood till December 06, 1992 also observed that there was no proof to show the mosque was built after demolishing any mandir.