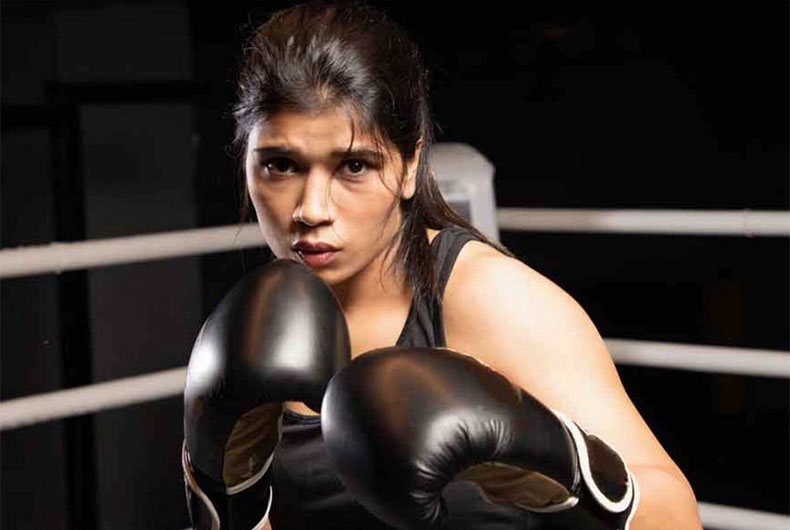 Nikhat Zareen handed India the first medal by clinching a dominating 5-0 win against England’s Charley-Sian Taylor Davison while Manisha got the better of Mongolia’s Namuun Monkhor in the hard-fought 57kg quarter-final by a 4-1 margin.

The 25-year-old boxer from Telangana once again showed her technical supremacy to hand the country its first medal at this year’s tournament with an impressive victory in the 52kg quarter-final. Nikhat’s aggressive intent and the clean attack left no chance for Davison as the Indian looked in complete control throughout the bout.

While Manisha will take on Italy’s Irma Testa, who defeated Uz’ekistan’s Sitora Turdibekova in another quarter-final.

Later, Parveen also made her way into the 63kg semi-finals by thrashing Shoira Zulkaynarova of Tajikistan 5-0 and added a third meda’ to India’s tally. Parveen will be up against Ireland’s Amy Broadhurst in the semi-final.

However, it was heartbreak for the country’s four pugilists-Nitu (48kg), Pooja Rani (81kg), Anamika (50kg), and Jaismine (60kg), who suffered defeats in their respective last-eight bouts.

Two-time Asian champion Pooja suffered a close 2-3 defeat against Australia’s Jessica Bagley while Nitu and Anamika too fell short of securing medals on her debut appearance at the World Championships after enduring 2-3 and 0-5 losses respectively against the reigning Asian Champion Alua Balkibekova of Kazakhstan and Rio Olympic bronze medallist Ingrit Valencia 0f Colombia.

Jaismine too went down fighting against the former World Championships bronze medallist Rashida Ellis of USA 1-4.

Later on Monday night, another Indian boxer Nandini will look to secure a medal at the prestigious event, which has been witnessing exciting action in the presence of 310 boxers from 73 countries from across the world.

Semi-final matches will take place on Wednesday while the finals will be played on Thursday and Friday.

In the last edition of the tournament, held in Russia in 2019, Indian boxers clinched one silver and three bronze medals. India have won 36 medals, including nine gold, eight silver and 19 bronze, in the 11 editions of the tournament so far-the third-highest after Russia (60) and China (50).