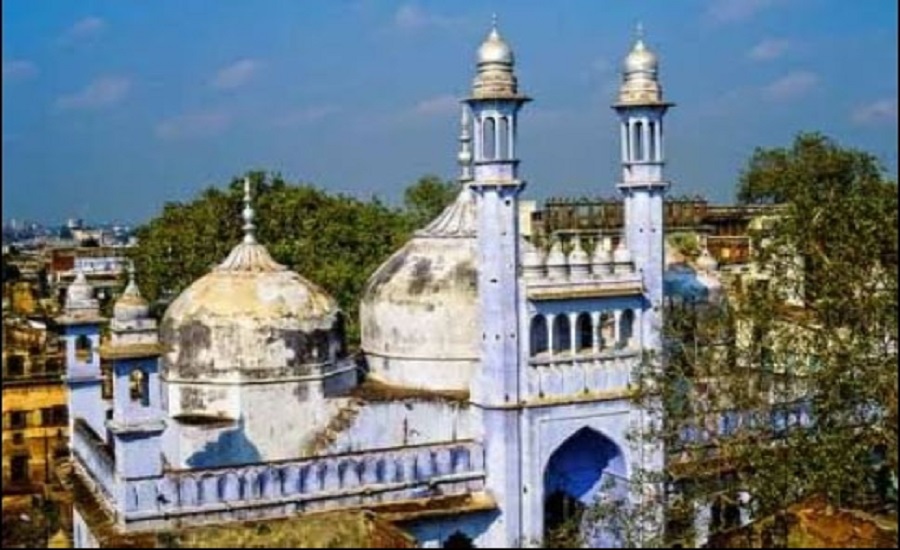 NEW DELHI – The order passed by the Varanasi court to seal off certain portion of the Gyanvapi mosque after dubbing a sharpened iron rod as ‘Shivling’ without hearing the version of the mosque’s side has drawn the ire of the lawyers and activists.

Mohammed Tauheed Khan from the lawyers representing the mosque committee, said that the sharpened iron rod, which is being claimed to be a Shivling, is installed for fountains and accused the court of passing an order without hearing their version and investigating it.

“That is definitely not Shivling. Actually, it is a part of a technique set up for bringing out the fountain. It is set up around the technique and it also has holes to bring out water. Calling it Shivling is entirely wrong,” he said while speaking to an NDTV reporter.

The natural justice would be that both parties are heard by the court in any matter. In this case, nothing of the kind happened, he said.

He said they are discussing the order and looking at the possibilities of how they could avail relief in this case.

On Monday, following a survey of the mosque, advocates, Madan Mohan Yadav and Vishnu Jain, the lawyers who are representing the Hindu side, claimed that there is a Shivling in the wuzukhana area of the mosque. Soon after their claim, an order has been passed by the court approving their claim.

“It should concern all citizens. The Supreme Court should have taken cognizance of the matter… It was very clear that the so-called Hindu side is trying to find a way. The court which allowed it has obliged them. The bias was very clear. It is very very dangerous,” said Apoorvanand.

Reacting to the court order, M R Shamsad, a Supreme Court lawyer who was involved in Babri case, told Clarion India that illegal evidence has been created through the court “which will have the effect of creating law and order problems”.

“Is this the way one treats religious places of minorities in the country? Whatever happens tomorrow about the orders passed today or earlier, should we not agree that the order passed today is a completely illegal? Irrespective of whether this order is stayed or not by the higher courts it has succeeded in creating illegal evidence through the court process,” said Shamsad.

He reminded the court of the 1991 Act in which the Supreme Court stated that the act ” protects and secures the fundamental values of the Constitution.

previousIt is A Fountain Not A ‘Shivling,’ Says Muslim Lawyer Representing Gyanvapi Mosque