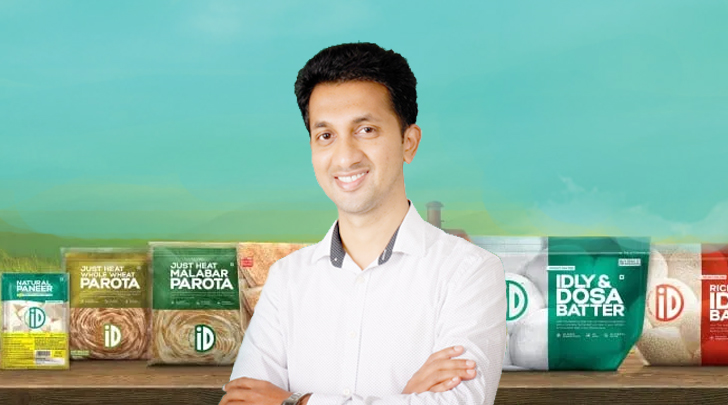 After failing in Class 6, Mustafa decided enough was enough. He gave up his studies and started working with his father on a farm in Wayanad district, Kerala. His father, who was a coolie there, was shattered at the young boy’s decision. His hopes for a good education and a better future for Mustafa seemed to have ended.

Mustafa never had it easy in his life, but through sheer determination and timely intervention from his middle school teacher, Mustafa toiled hard to leave his imprints in the food industry in India. His company, ‘iD Fresh Food’ now is a well-known brand throughout India and the Middle East with hundreds being employed and hundreds of crores of rupees in annual turnover.

When Mustafa decided to become a daily wage earner like his father, his middle school teacher intervened, encouraged him and enthused him to continue his education. It took some convincing, but once decided, there was no turning back. From acing his classes to grabbing a seat for Computer Science engineering, Mustafa continued his quest for more education.

He later landed a plush job in the US. Staying there only for a few weeks, he decided to return to India and start a business. In 2005, realising the potential market for ‘Ready to Cook’ quality Idli batters and with a small investment of Rs 25,000 he started a small kitchen of 50 square feet in Bengaluru’s Tipassandra.

The initial days were tough. The Computer Engineer, who gave up his job in the US, had to take the batter on his scooter to eateries and other selling outlets. It was sheer determination and the yearning to become a successful entrepreneur that propelled him.

From the small 50 square feet room, Mustafa is now the proud owner of ‘iD Fresh Foods’, which now provides various ‘Ready to Cook items’ to Indian and foreign clients, employing over 600 people.

Today ‘iD’ is listed on every major e-commerce company supplying daily bakery and kitchen items. ‘iD’ mentions on its website:

“In 2005, we dreamed of sharing healthy batter with the whole world. So we started small in a tiny shop in Tippasandra Bangalore. We made idli and dosa batter for our customers just the way they made at home. Soon, the packets were flying-off the shelves because people loved the healthy, preservative-free batter. We haven’t changed much since then. Only our utensils got larger, and that little shop got a whole lot bigger. To now serve millions of homes across India and the Middle East.”

The company prepares about one lakh kg of batter (ready idli masala) and five lakh ‘parathas (flat bread)’ daily. ‘Ready-to-cook’ products are not touched by human hands and no chemicals are added to enhance its taste. No preservatives are added to protect the product from rot. The ‘ID’ brand has become a hallmark of the ‘Breakfast King’.

This is the story of a young Muslim boy from Kerala, who dared to dream big, and dreamt big he did.