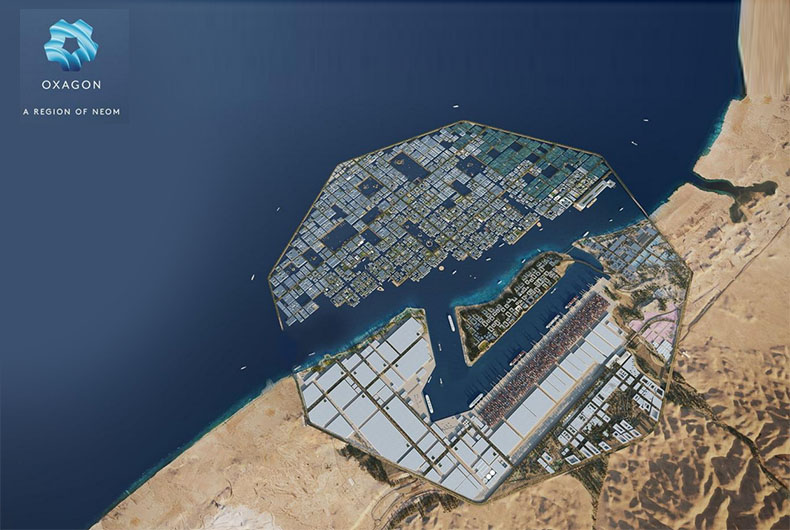 Riyadh: In a strongly worded rebuttal of NEOM City’s Tourism Sector Head, Andrew McEvoy, Saudi Arabia Monday said the much hyped ultra-modern future city, will be governed by the Kingdom’s rules and regulations.

The Kingdom also rejected Andrew McEvoy’s assertions about special characteristic or nickname that those living in NEOM City will be associated with and about free flow of wine and alcohol.

“NEOM project will work within special economic zones that are subject to the sovereignty and economy of the Kingdom of Saudi Arabia in terms of security, defense and regulatory aspects”, Saudi Press Agency said citing official sources.

“This will be accompanied by developing special economic legislations related to the project in a way that achieves the best concepts of governance of economic zones in the world, so that NEOM turns to become among the most important points of attraction globally”, it said.

Citing the official sources, the SPA further said that the comments made by the Head of the Tourism Sector at NEOM Andrew McEvoy regarding the demographic situation inside the City of the Future or that they would enjoy a special characteristic or nickname to distinguish them from others have no basis.

The extraordinary rebuttal came after McEvoy in an interview with The National newspaper claimed that people living in NEOM would not be referred as Saudis but would be called by the title “Neomians”.

Hinting that there will be a free flow of alcohol in the new city, McEvoy also claimed:

“Alcohol is definitely not off the table. We need to be competitive, and to do that, we have to match what competing destinations are offering.”

This is against the rule of land in Saudi Arabia where sale or consumption of alcohol is strictly prohibited.

Neom is a Saudi city being built in the Tabuk Province of northwestern Saudi Arabia. It is planned to incorporate smart city technologies and to function as a tourist destination. The site is north of the Red Sea, east of Egypt across the Gulf of Aqaba, and south of Jordan.

previousAzan No Match for Hanuman Chalisa in terms of Noise