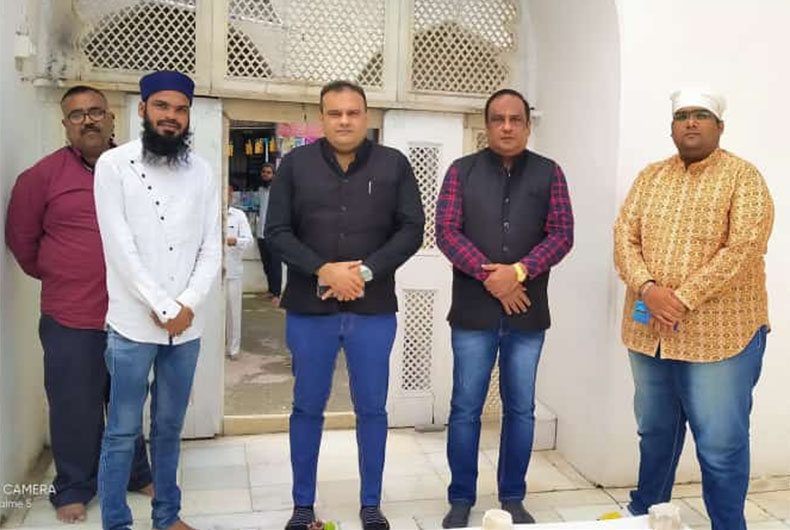 Congress General Secretary Sachin Sawant has dug out old photos and videos of several BJP leaders who had visited the burial site of the late Mughal Emperor Aurangzeb at Khuldabad and raised uncomfortable questions.

“The BJP National Executive member and Spokesperson, and Jammu & Kashmir Waqf Board President Dr. Darakshan Andrabi had gone to Aurangzeb’s tomb during the Corona period,” he said.

Similarly, Khalid Qureshi, the Vice-President of BJP’s Minority Affairs also had gone there and in 2019, when current Leader of Opposition Devendra Fadnavis was the BJP CM even AIMIM MP Asasuddin Owaisi went to pay homage there in 2019.

“The tomb is under the jurisdiction of Archaeological Survey of India (ASI). So why can’t the Central government control, restrict or even ban entry to Aurangzeb’s grave?” Sawant demanded.

He wondered why Prime Minister Narendra Modi’s government doesn’t initiate action against the Owaisis and even the BJP leaders who have gone to Aurangzeb’s final resting place in Khuldabad.

Sawant slammed the BJP, MNS and the Independent MP Navneet Kaur-Rana and her MLA husband Ravi Rana for blaming the Maha Vikas Aghadi (MVA) government for the May 12 visit to the grave by Telangana MLA Akbaruddin Owaisi.

Some BJP and MNS activists threatened “to bury” Owaisi in a grave right next to Aurangzeb’s and the Rana couple challenged Maharashtra Chief Minister to take strong action against Owaisi for his trip there which sparked off a major political row.

Shiv Sena MoS Kishore Tiwari and other MVA leaders have dismissed the ‘frivolous demands’ from who they term as the BJP’s Team B, C or D and said they should not divert from more serious issues like runaway inflation, high prices of fuel and gas, rising unemployment, etc and point at the developments in Sri Lanka.