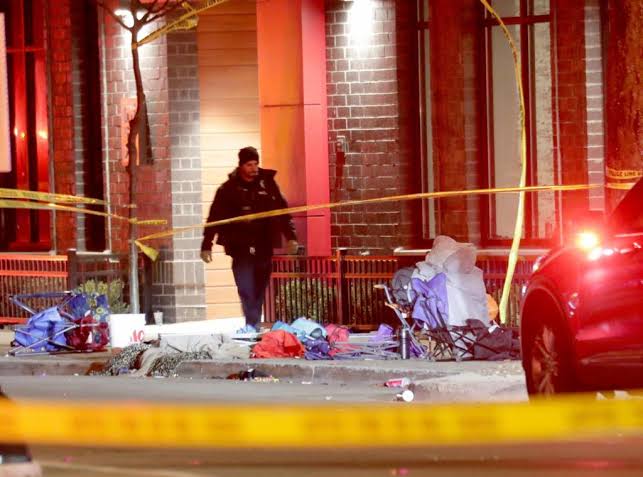 An SUV has ploughed through a Christmas parade in the United States state of Wisconsin, striking more than 20 people, including children and causing “some fatalities.”

“A red SUV drove into our Christmas parade that we were holding downtown. More than 20 individuals were injured as a result of this incident,” Waukesha Police Chief Dan Thompson told reporters.

He also claimed that a person of interest was in custody and the suspect vehicle had been recovered.

Thompson added there were “some fatalities” from the incident, but declined to say how many were killed.

A live video feed of the parade from the city of Waukesha, as well as videos taken by parade attendees, showed the red SUV breaking through barriers and speeding into the roadway where the parade was taking place.

It was not known whether the incident was related to terrorism, but an earlier shelter-in-place order in the town of around 72,000 had been lifted, the senior cop said.

Angelito Tenorio, a West Allis alderman running for Wisconsin state treasurer, told the Associated Press that he was watching the parade with his family when they saw the SUV come speeding into the area.

“Then we heard a loud bang,” Tenorio said.

“And after that, we just heard deafening cries and screams from the crowd, from the people at the parade. And people started rushing, running away with tears in their eyes crying.”

Tenorio said to the news agency that he saw about 10 people, children and adults, on the ground who appeared to have been hit by the vehicle.

Wisconsin Governor Tony Evers said he and his wife, Kathy, were “praying for Waukesha tonight and all the kids, families, and community members affected by this senseless act.”

next‘Halal’ at the centre of a political controversy