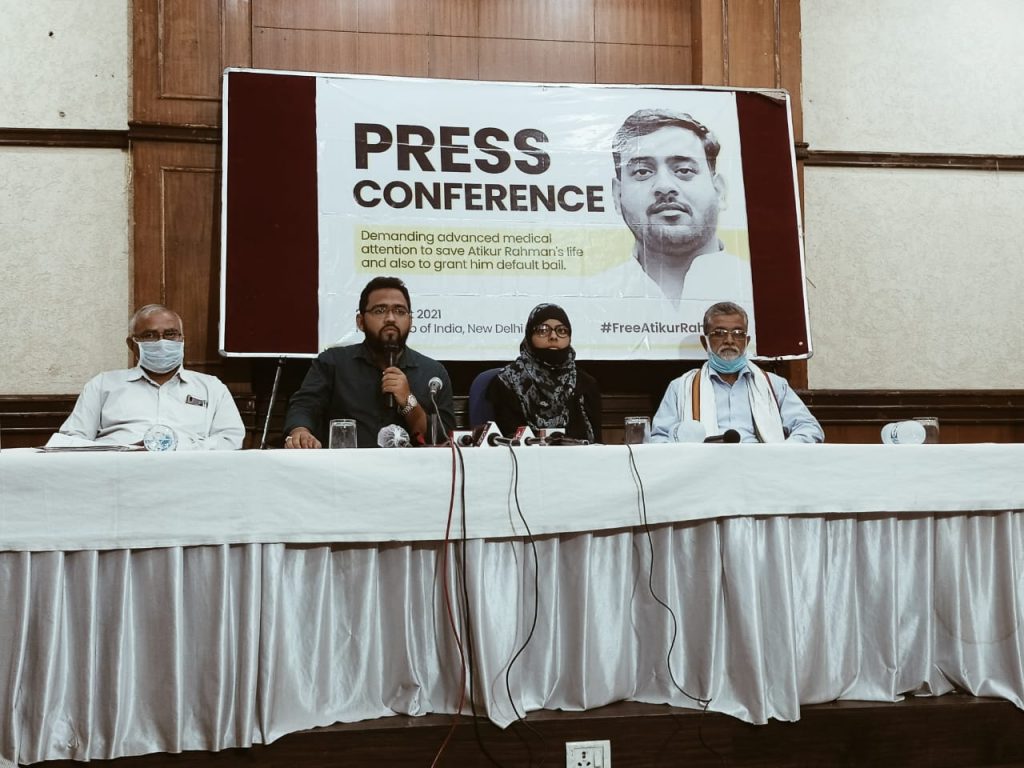 The Uttar Pradesh Government on Wednesday took Atiq-ur-Rahman, Campus Front of India national leader and a UAPA prisoner in Hathras conspiracy case, to All India Institute of Medical Sciences (AIIMS), for his medical treatment since he has a long history of severe cardiac ailments and has been suffering from Severe Aortic Regurgitation.

This comes after the Allahabad High Court on Tuesday gave 2 days’ time to the UP Government to come up with a response on a plea moved by Rahman’s father-in-law seeking his admission to AIIMS and enlargement on bail in the alternative, on account of an extreme medical emergency, Live Law reported.

Rahman who is also a Ph.D. scholar at Chaudhary Charan Singh University in Meerut was arrested in October 2020 along with three others- journalist Siddique Kappan, Campus Front of India (CFI) office-bearer and Jamia Millia Islamia student Masood Ahmad and the cab driver Mohammad Alam while they were on their way to Hathras in Uttar Pradesh to report on the rape and killing of a Dalit woman by upper-caste Hindu men which had triggered nationwide outrage and to visit the family members of deceased.

They were booked under various sections of the IPC, but these charges were dropped by a Mathura court on grounds that the police failed to complete the inquiry against them within the prescribed period. However, all of them remain in jail due to charges under the draconian Unlawful Activities Prevention Act (UAPA).

Atiq suffers from Aortic regurgitation- a cardiac problem that develops when the aortic valve in the heart does not shut securely enough. Heart failure is the most dangerous consequence that might occur as a result of this condition. He has visited hospitals in Muzaffarnagar, Meerut, Aligarh, and AIIMS in Delhi, seeking treatment for this condition.

“A month before his arrest, an AIIMS doctor had advised him to have a Bentall procedure to replace his aortic valve. That’s why we filed a plea for him to be released on interim bail for 60 days so he could get the surgery done,” Mateen- Atiq’s brother earlier told to press.

Earlier, raising serious concerns about the health of Rahman in UP prison, the family alleged that the negligence from the side of the court and cops could be fatal to his life.

“I am only asking the constitutional rights,” Rahman’s wife Sajida said  on the first anniversary of Rahman’s arrest.