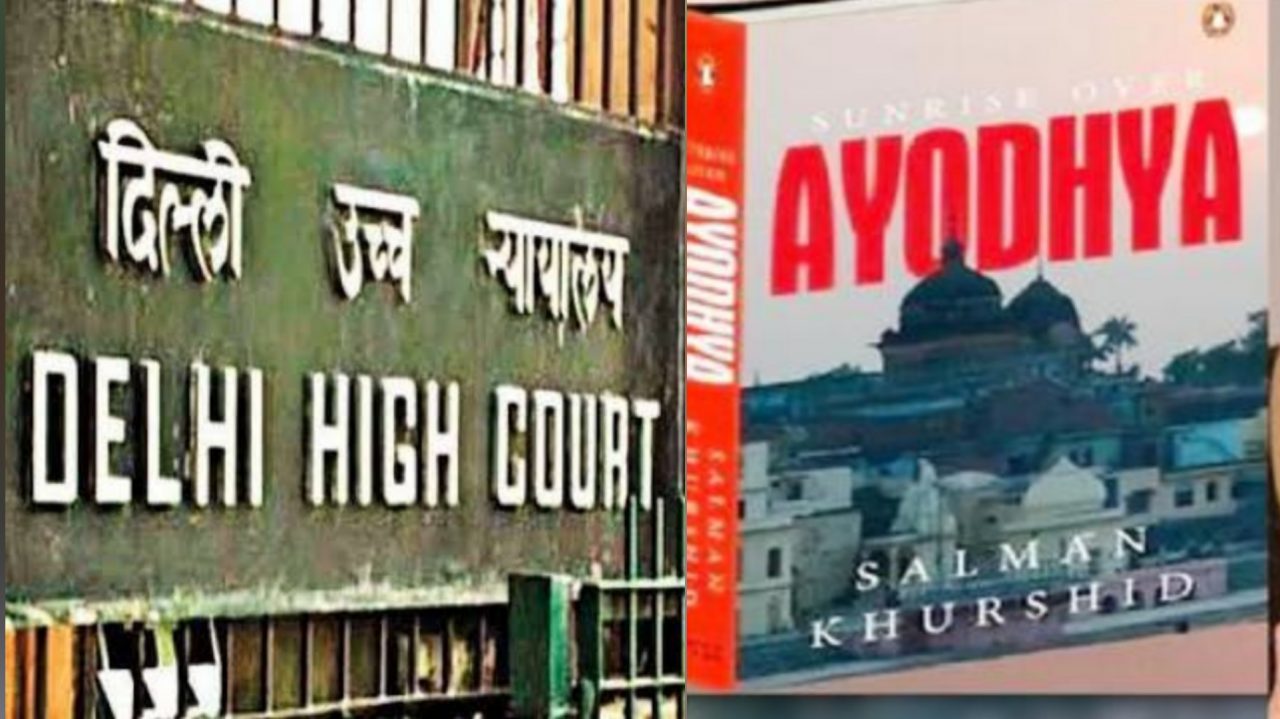 NEW DELHI:  The Delhi High Court will hear on Thursday (Nov. 25) a plea seeking direction to stop the publication, circulation and sale of former Union minister Salman Khurshid’s controversial book for its alleged remarks on Hindutva.

The petition is listed for hearing on Thursday before a bench of Justice Rekha Palli.

The plea filed by petitioner Adv Vineet Jindal through Adv Raj Kishor Chaudhary contended that the recently-launched book “Sunrise over Ayodhya: Nationhood in our times” authored by Khurshid compared Hindutva to radical jihadist groups like ISIS And Boko Haram.

The comment has been made in a chapter called “The Saffron Sky” on Page 113 of the book which reads — “Sanatan dharma and classical Hinduism known to sages and saints was being pushed aside by a robust version of Hindutva, by all standards, a political version similar to jihadist Islam of groups like ISIS and Boko Haram of recent years”, the plea read.

Further, it stated that the equivalence of Hinduism to ISIS and Boko Haram is perceived as a negative ideology Hindus have been following and Hinduism is violent, inhuman, and oppressive.

Freedom of speech and expression under Article 19(1) of the Constitution goes hand-in-hand with reasonable restrictions that may be imposed under Article 19(2), so, in a country like India, which is perpetually on a communal tinderbox, where religious sentiments run deep, where respect for certain public and historical figures always come accompanied with veneration for their demi-god status, it doesn’t take much for malice to be coated with a toxic communal hue based on the contents of the book, the plea stated.

Earlier in a complaint to Delhi police, Jindal had demanded an FIR against Khurshid in the matter under 153, 153A, 298 and 505(2) of the IPC which are cognizable offences and very serious and to take strict legal action.