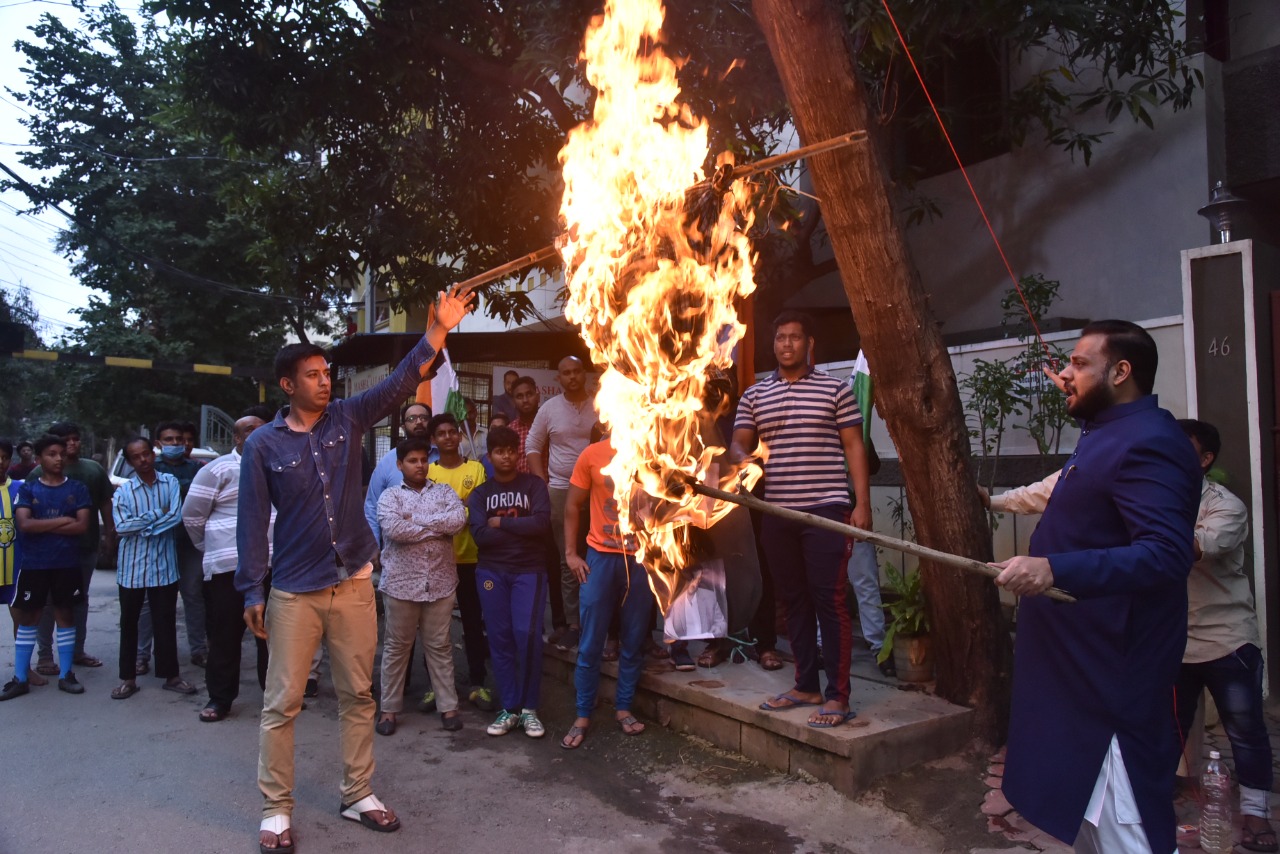 The protestors burnt his effigy and demanded immediate action against him

A protest was held against Wasim Rizvi in Surya Nagar area of Hyderabad on Tuesday in connection with his derogatory remarks against Prophet Muhammad and the Holy Quran.

The protestors burnt his effigy and demanded immediate action against him. They said that the Modi government is shielding him despite his outrageous remarks.
Activist Asif Hussain Sohail said called on members of all communities to protest Rizvi. “Such protest should not stop until the govt takes action against anyone who insults any faith,” he added.

Rizvi has been making insulting remarks against Prophet Muhammad, his companions. He had moved the Supreme Court seeking removal of 26 verses from the Quran. But the court rejected his petition and imposed a fine of Rs 50,000 on him.

Despite that, he did not mend his ways. He recently visited Dasna Devi temple in Ghaziabad, worshipped in front of idols and expressed his solidarity with the temple’s controversial priest Yati Narsinghanand Saraswati.

Later, he announced that he should be cremated according to Hindu rituals after his death.

previousReady to help Akhilesh Yadav in UP polls: Mamata Banerjee