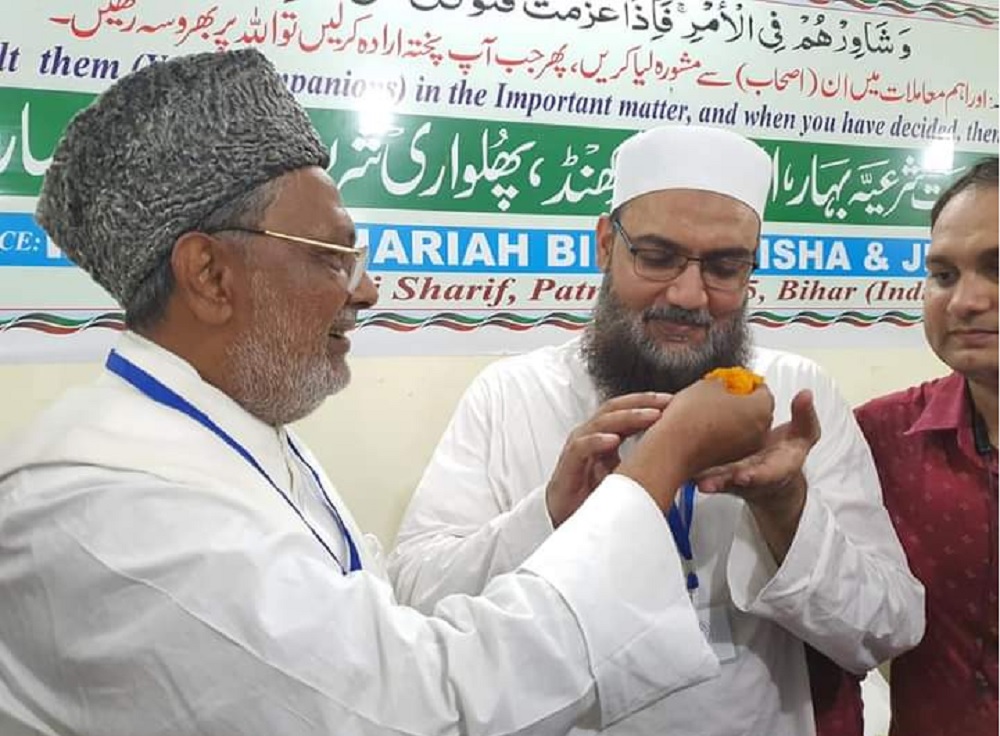 After months of a rift among various factions of Imarat-e-Sharia, a prominent Islamic organization headquartered in Patna, Maulana Ahmad Wali Faisal Rahmani was elected as chief of the group. He is the son of the group’s former chief and well-known religious and political leader Maulana Wali Rahmani, who passed away on 3 April 2021.

Prominent leaders associated with the organization held a meeting in Patna on 9 October for the election of a president. Initially, four candidates – Khalid Saifullah Rahmani, Mufti Nazar Tauheed, Maulana Anisur Rahman Qasmi and Maulana Ahmad Wali Faisal Rahmani – were under consideration. But two of them withdrew their names. So, voting was done for the remaining two.

Maulana Anis Qasmi got 197 votes while Maulana Faisal Rahmani got 347 votes and was elected for the presidential post, according to a report by United News of India (UNI).

There was a rift among various factions in connection with the chairmanship. At a meeting held on 30 September, the warring factions had finally agreed to conduct voting for election of the group’s chief.

Maulana Faisal Rahmani, who won the election, is an alumnus of Egypt’s Al-Azhar University. He has worked in the US between 2001 and 2005.