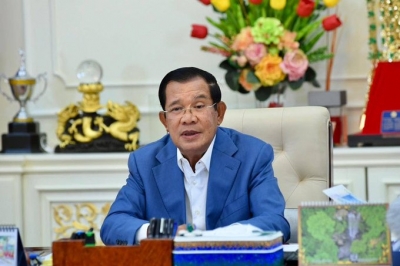 Cambodian Prime Minister Hun Sen said on Wednesday that women entrepreneurs have and will continue to play a significant role in helping boost economic growth of the Association of Southeast Asian Nations (ASEAN) in the post-Covid-19 era.

Phnom Penh, Oct 12,2022:  Cambodian Prime Minister Hun Sen said on Wednesday that women entrepreneurs have and will continue to play a significant role in helping boost economic growth of the Association of Southeast Asian Nations (ASEAN) in the post-Covid-19 era.

Addressing the second ASEAN Women Leaders’ Summit in Phnom Penh, which was held in a hybrid format, Hun Sen said women entrepreneurs are a key driving force for sustainable and resilient socio-economic recovery and development toward building a common future and prosperity, reports Xinhua news agency.

He said ASEAN is a region with high economic potential and rapid development, mainly thanks to the active participation of women.

“The economies of ASEAN countries depend heavily on micro, small and medium enterprises (MSMEs), led by women,” Hun Sen said.

“Within the ASEAN framework at present and in the future, women will continue to play a significant role, especially in recovering and boosting sustainable, inclusive and resilient ASEAN economic growth,” he added.

Hun Sen, whose country is the rotating chair of ASEAN for 2022, said in Cambodia, MSMEs, accounting for 98 per cent of the total number of enterprises, contributed around 58 per cent to the national economy, and created around 73 per cent of total jobs.

“Of which, women establish and manage approximately 61 percent of the total number of MSMEs,” he said.

“The royal government of Cambodia has identified and promoted women as the backbone of national socio-economic development, by increasing investment in gender equality and promoting the role of women in development across sectors, and at all levels.”