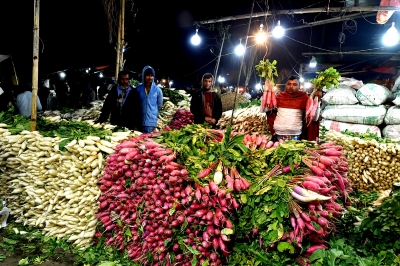 Inflation in Bangladesh accelerated to 9.52 per cent in August, the highest in 10 years, mainly driven by higher food prices, according to official data.

Dhaka, Oct 12,2022:  Inflation in Bangladesh accelerated to 9.52 per cent in August, the highest in 10 years, mainly driven by higher food prices, according to official data.

Data published by the Bangladesh Bureau of Statistics (BBS) showed that food inflation soared to 9.94 per cent in August, the highest since April of 2012, and eased slightly to 9.08 per cent in September.

Non-food items inflation, however, increased to 9.13 percent in September from 8.85 per cent in August.

Due to higher food prices amid uncertainties stemming from the Russia-Ukraine war, Mannan said inflation has been on an upward trend over the past several months in Bangladesh.

He stressed the need for bolstering food production domestically to rein in soaring food prices.

Mannan, however, expressed his satisfaction with the decrease in CPI in September, saying it’s good news for the government as it tried to rein in inflation in line with the budgetary target.

In June, the country unveiled a record nearly 7 trillion taka ($70 billion) national budget for the 2022-23 fiscal year starting in July and the government said it is committed to containing the rising trend of inflation by addressing inconsistencies between supply and demand.

According to the budget proposal, Bangladesh is targeting an average inflation rate of 5.6 per cent in the new fiscal year.