Musharraf: The commando who could be Pakistan’s last military dictator 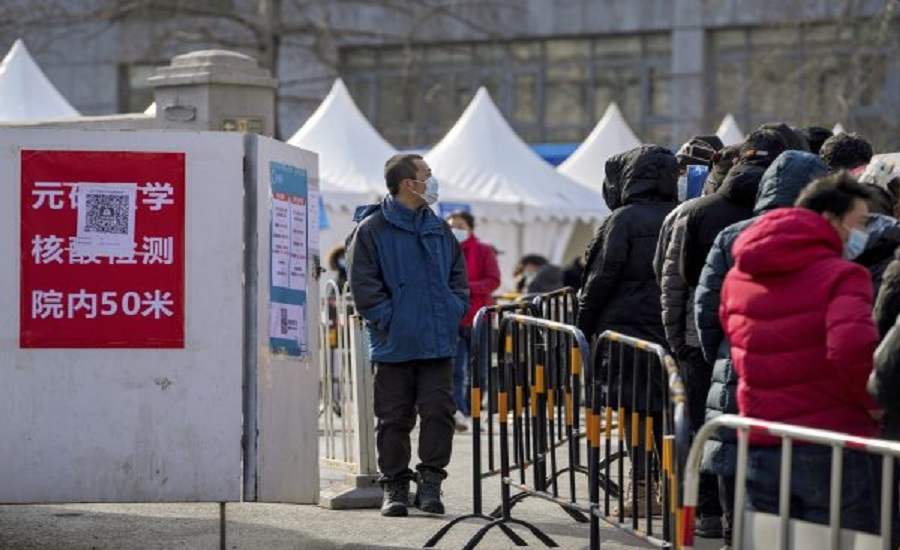 The apparent success of the zero-Covid strategy has been a source of pride for the Chinese people, and the country’s leadership has touted it as a sign of China’s superiority

CHICAGO – For most of the past two years, China’s “zero-Covid” strategy was seen as a drastic but effective way to maintain impressively low infection rates. The Chinese government locked down millions of people at a time, ordering them to stay in their homes – or even in schools and office buildings. Last winter, the city of Xi’an was locked down for an entire month. All of its 13 million residents were confined to their homes, where they had minimal access to necessities such as food.

Although this extreme strategy has had negative unintended consequences – including restricted medical care for other illnesses, separated families, and various other economic and social disruptions – it did keep Covid-19 infection rates low. Most people in China, and many observers elsewhere, viewed the costs as a worthwhile price to pay for sparing the broader population of 1.4 billion from the high mortality rates seen in countries like the United States.

The apparent success of the zero-Covid strategy has been a source of pride for the Chinese people, and the country’s leadership has touted it as a sign of China’s superiority. Ironically, however, the government’s political stake in the strategy’s early success has become a barrier to recovery. China’s political leadership has found it very difficult to shift to a more moderate strategy, because that would invariably lead to more Covid-19 infections and deaths. Though the total numbers might never get as high as in the US, an increase of deaths into the thousands would be hard for people to accept now that they have been led to expect zero.

Moreover, that expectation has contributed to a low vaccination rate among elderly Chinese, many of whom fear that the side effects of the vaccine are worse than the perceived risks of Covid-19. Some 40% of Chinese over 80, and nearly 20% of those aged 60-79, have not received a single dose of any vaccine. In the US, the analogous figure for adults over 65 is now close to zero.

This problem has been exacerbated by the Chinese vaccines’ lower efficacy relative to mRNA vaccines, and by the lack of transparency in Chinese vaccine trials. China’s leaders have been reluctant to import more effective vaccines because they have been so vocal about their own ambition to develop a native vaccine for export. The political goal of positioning China as a global pharmaceutical leader may have ultimately resulted in a lower domestic vaccination rate.

The problem with China’s strategy became apparent with the emergence of Omicron, a Covid-19 variant that was considered mild in the West, owing to those populations’ higher vaccination rates. In Hong Kong, the first Omicron wave generated the highest Covid-19 mortality rate in the world when it swept through the city’s large, under-vaccinated elderly population.

At the same time, the Chinese population’s patience for stringent zero-Covid policies has begun to wear thin. The costs of city-wide lockdowns are truly immense, especially in China’s coastal economic hubs. Research by leading Chinese macroeconomists suggests that imposing a full-scale lockdown in a major city like Shanghai would reduce national real (inflation-adjusted) GDP by 4%. Much of that loss would be felt by the city under lockdown, but there would also be negative consequences for other regions with trade ties to the locked-down city.

Worse, China is not just locking down one city. In the past month alone, Shenzhen, a city of 17.5 million, was locked down for a week. Shanghai was subjected to a rolling half-city lockdown while all 26 million of its residents were tested, before it suddenly locked down the entire city indefinitely. To understand the scale of this disruption, consider that Shanghai and Shenzhen are, respectively, the largest and the third-largest urban economies in China – analogous to the New York and Chicago metropolitan areas in the US.

By staking so much on the zero-Covid strategy, the Chinese political leadership has positioned itself between a rock and a hard place. If it doubles down, it will further hamper the country’s economic recovery, imposing costs that the people no longer believe to be worthwhile. But if it eases Covid-19 restrictions, infections and deaths will increase rapidly as the virus spreads through a population that lacks the level of immunity found in most other comparable countries.

China will finally move past Covid-19 only when two things happen. First, vaccine-furnished immunity among the elderly needs to improve. The government should deploy all its resources to maximize the speed and number of vaccinations being administered to the elderly. It also should embrace the more effective vaccines. The recent approval for a Chinese manufacturer to produce a generic version of the Pfizer vaccine is a step in the right direction. The government should now encourage more independent, transparent evaluations of all the available vaccines so that it can increase both the supply of effective vaccines and the public’s trust in them.

Second, Chinese authorities must change their public messaging to manage expectations. The Chinese people need to start preparing to live with Covid-19, which means accepting that there will be infections and deaths, just as there are from influenza and other contagions.

China needs to act quickly. Even while it is still struggling with the first wave of Omicron, a second subvariant (BA.2) is already sweeping through Europe and will likely make its way to China in the coming months. Researchers have found that the new variant is similar to the old one, posing a threat mainly to those who are unvaccinated, immunocompromised, or lacking antibodies from a recent infection. Unless China is prepared to shut down its economy with every new variant, it needs to vaccinate the elderly and prepare its people for more Covid-19 deaths.

nextFrom Mosul to Raqqa to Mariupol, Killing Civilians is A Crime