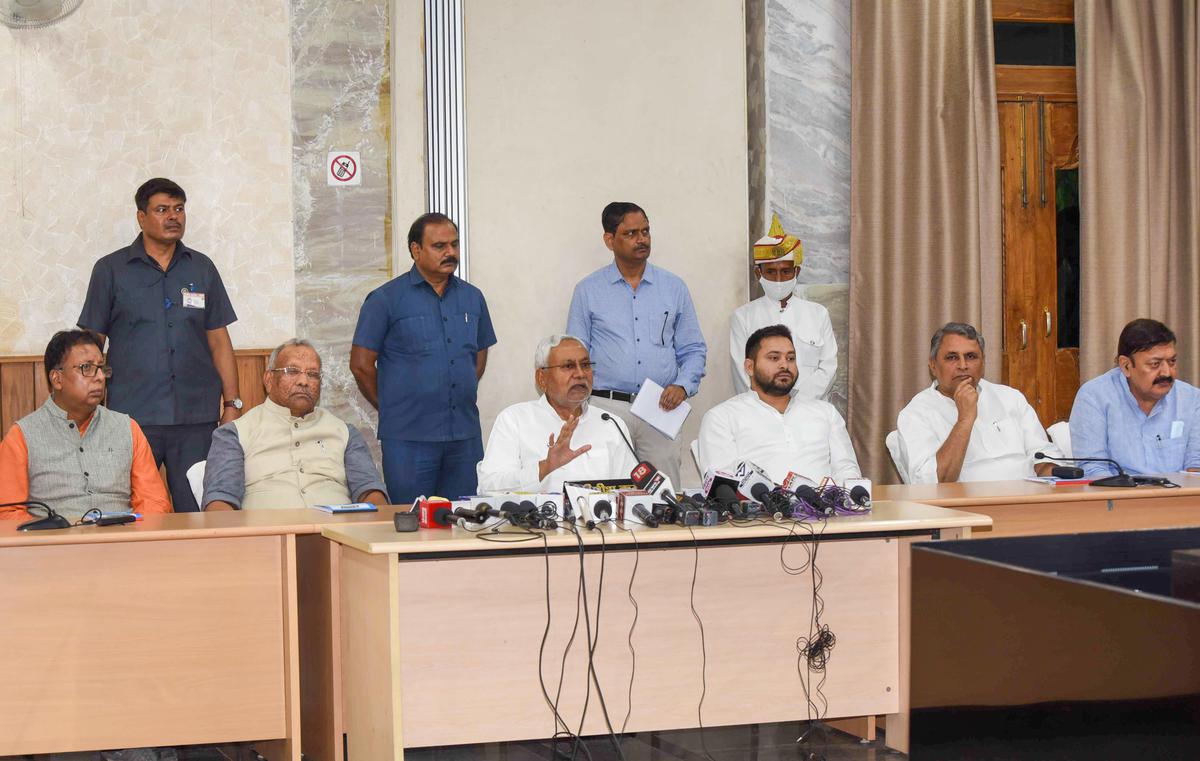 The Pasmanda Muslims of Bihar may have something to talk about after Bihar’s Chief Minister Nitish Kumar ordered a caste-based census in the state. However, they are unsure, of what it would eventually mean to them.

The Pasmanda Muslims, other backward classes, Scheduled Castes, and Scheduled Tribes have long been demanding a census to know their electoral strength and their real socioeconomic position but this has been denied to them on pretexts or other.

Now, will the caste-based census have favorable implications for the deprived section of the society, or will it be another political engineering to manufacture different entity boxes that can cater to the vote bank politics in vogue, since Congress has left the center stage of politics?

Initially, the BJP supported the idea of a caste census but the Narendra Modi government officially objected to its implementation in the Supreme Court. In September 2021, the Centre argued that a caste census was “administratively” not feasible and that the judiciary could not direct the government to implement it as having a caste count was strictly in the ambit of the executive.

Later, the Union government decided to implement a 10% reservation to the ‘economically weaker section’ to the ‘upper’ castes Hindus and that opened up a Pandora’s Box. The recent Supreme Court judgment upholding the EWS reservation breached the 50% quota limit set by the apex court previously in various other judgments.

The SC had closed the ceiling on the reservation to the 52% of the OBC population saying they may get only a 27% quota, later the same  SC has broken the ceiling by upholding the 10% EWS quota to not even 5 % of the population. This has given an opportunity to the really deprived section of society to renew the demand for a caste-based census.

When Nitish Kumar initiated the caste census, he categorically stated that his government’s intention was clear that the caste census will give a proper estimate of the poverty levels among communities, and that it will help it “in deciding what can be done for them and their localities.”

The caste-based census would not only help governments to reimagine their social justice plank but also broaden the scope of development goals. Moreover, it will eventually lead to greater participation of under-represented and unrepresented caste groups in mainstream economics and politics.

However, the caste-based census has started a complicated debate that whether such a move is driven to shed being a single-caste party, or a genuine move to build momentum around concerns of marginalized groups.

It remains to be seen what kind of real social justice will emerge from the caste-based census in Bihar. Will it be an affirmation of the political realization of Dalit leader Kanshi Ram’s famous slogan; “Jiski jitni Sankhya bhari, utni uski hissedari…” The greater a community’s numbers, the greater its political representation… Or will it be something else that remains to be seen.

previousSaudi Arabia: 1.75 lakh Indians will perform Hajj in 2023, the highest number in history