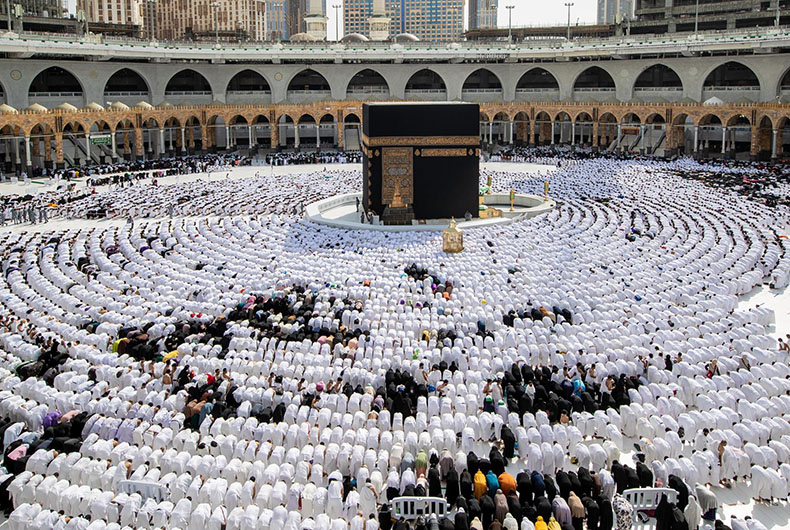 For the year 2023, Saudi Arabia expanded the Hajj quota for India, allowing a total of 1,75,025 Indians to do the Haj, which is apparently the highest number ever.

This declaration is a result of a bilateral agreement that both nations inked on Monday in Jeddah.

The agreement was signed in the office of the former in Jeddah by Dr. Adelfattah bin Suleiam Mash, the deputy minister for Hajj and Umrah in Saudi Arabia, and Md. Shahid Alam, the consul general of India.

India’s greatest quota was reached in 2019 when 1.4 lakh pilgrims made the sacred journey. The number fell to 1.25 lakh the next year, however, Hajj was postponed that year because of the COVID-19 epidemic.

Many hopeful Indians were excluded from the draw system across the nation due to quota restrictions, but with the highest-ever quota, more Indian pilgrims can conduct the Hajj this year, reducing the waiting period and increasing draw possibilities.

There was no indication of the price, but this year, expenses are anticipated to increase due to the weakening of the Indian rupee versus the US currency as well as other cost concerns in holy cities.

A computer or smartphone with internet access, a working mobile phone number, and a working email address are all you need to apply for the hajj pilgrimage, according to hajcommittee.gov.in.

previousBulldozers being used to evict Bengali-speaking Muslims in Assam, 299 households put in the dark

nextWhat caste-based census may offer to the Pasmanda Muslims in Bihar?