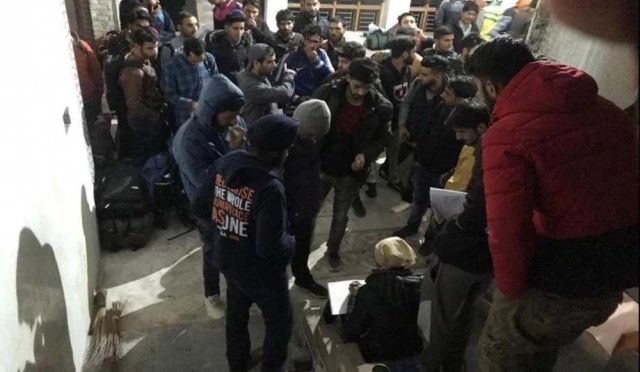 Srinagar : Reciprocating the support offered to Kashmiri students and others by Sikhs in Jammu and elsewhere in India after the suicide bombing in Kashmir, Kashmiri Muslims have announced a number of goodwill gestures for the Sikh community in the Kashmir Valley.

“A Sikh brother from Tral owes me Rs 48,000. In view of his weak financial capacity, I have written it off,” said a Kashmiri Muslim on the social media on Thursday.

Free coaching for Sikh students has been announced by a number of coaching centres in the Valley.

Many doctors, especially in south Kashmir’s Anantnag district, have announced free consultation for Sikh patients while some hospitals announced free admission to patients from the community.

Some shopkeepers have announced special discounts for Sikh shoppers. Even vehicle repair workshops at some places said that free service would be provided to Sikh vehicle owners.

“The goodwill announced for the Sikh community is in response to the overwhelming support offered by members of this community to our children studying outside the Valley,” said Nazir Ahmad, a shopkeeper in Srinagar city.

Members of the Sikh community threw open the gates of their religious places in Nanak Nagar locality of Jammu city when Kashmiris felt threatened on February 15 after miscreants torched and damaged many of their vehicles.

“We were told to park our vehicles in the compounds of ‘gurdwaras’ and even in the house compounds of Sikhs in Nanak Nagar area,” said a Muslim who was in Jammu city when authorities had to impose curfew to maintain law and order on February 15.

Reports here said ‘langars’ (free community Kitchens) were set up by the Sikhs in Punjab and some other places for Kashmiri students and other locals doing business outside Jammu and Kashmir.