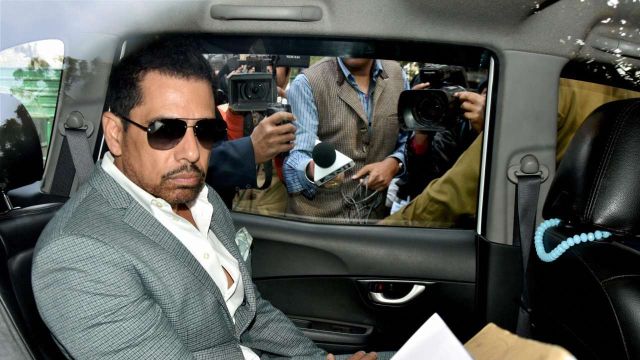 New Delhi : Robert Vadra, the brother-in-law of Congress President Rahul Gandhi, on Wednesday appeared before the Enforcement Directorate (ED) for questioning for the seventh time in connection with its probe into a money laundering case.

ED officials said that Vadra arrived at the agency’s Jamnagar office in central Delhi at 10.40 a.m.

The case relates to the ownership of overseas assets worth 1.9 million pounds in London by Vadra.

On December 7, the ED had raided several of Vadra’s properties in Delhi-NCR and Bengaluru.