The pandemic made home-delivery a high growth industry 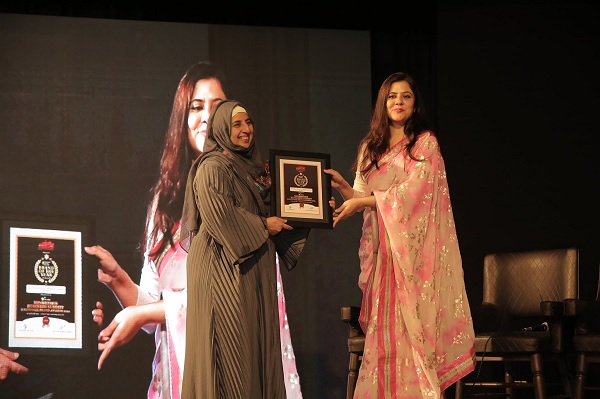 Kolkata: Uzma Naheed, famous social activist has received a prestigious National Brand Award for her exemplary work for women mainly to uplift them economically and socially.

Her programs under her NGO, Iqra International Women’s Alliance (IIWA) is recognized for women empowerment at national level in India. The award was given to her by the Saira Shah Halim, Member of the West Bengal Federation of United Nations Association in 9th All India Minorities Business Summit & National Brand Awards 2021, organised by Maeeshat Media Private Limited in Kolkata.

Addressing to the august gathering of delegates from different part of the country she narrated a story of a mother who was thrown out of the house by her five sons, she fainted by this harsh act of her own sons and was lying whole night on a road, with dogs trying to bite her. She said this incident made her so restless that she vowed to empower women.

Uzma Naheed further said that there are two problems of poor women who have art in their hands: ‘what to make and where to sell’? IIWA solved these problems. IIWA is an NGO of the women and more than 3000 women are manufacturing 150 products with high quality.  It is very important to open avenues for them specially to promote them.

She said we do not want our customers to do charity since the product manufactured by these women conforms to the international standard and quality at competitive price. It is sad that a majority of workers manufacturing beautiful Indian handicrafts are Muslim women but they work as petty labourers.