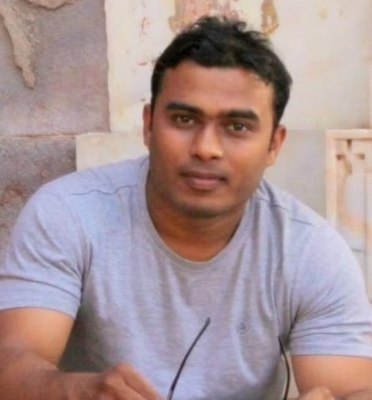 New Delhi, Nov 21: The Punjab government has placed under suspension two absconding Indian Forest Service (IFS) officers who are facing corruption charges and have been absent from duty for a long time.

DFO Ropar, Amit Chauhan was booked by the Vigilance Bureau (VB) in a case of corruption on June 6, 2022, in FIR number 7, along with former ministers Sadhu Singh Dharmsot, S.S. Gillzian, DFO Mohali, Guramanpreet Singh, forest guard, Dilpreet Singh, and four others. He has been declared an absconder and has now been placed under suspension.

Chief Conservator of Forests, Amit Mishra while posted in Forest Development Corporation purchased land for the development of forests but was accused of committing fraud as showed an inflated price for the land and pocketed government funds. The price paid to the land owners was far below what was shown in the records.

The VB launched a regular inquiry into the scam and issued a summon to him to appear before the inquiry officer. Instead of joining the investigation, he absconded and is untraceable. He too, has been placed under suspension.

Additional Chief Secretary (ACS) Raji P. Srivastava confirmed that the two officers were absent from duty without permission and had been placed under suspension. A departmental probe will be launched against them as per service rules.

The Forest Department has given a prosecution sanction against DFO Guramanpreet Singh, a Punjab Forest Service officer, and forest guard, Dilpreet Singh. A 900-page challan was presented in the Mohali Special Court on August 6, 2022, against all the 9-accused.

Raji Srivastava told indianarrative.com that an English version of the FIR number 7, apart from other documents, was sought from the VB so that the Department of Personnel and Training, Government of India could be asked to grant prosecution sanction against the IFS officer, Vishal Chauhan. His name, along with that of Parveen Kumar, was added to the same FIR after evidence emerged as the investigation progressed. A separate challan is to be presented against Kumar soon.

The main charges against the two former ministers and officers are wrongful issuance of permits for cutting of Khair trees by taking money, transfer of officers to plum posts after taking bribes, issuance of no objection certificates to various projects falling in forest areas, for a consideration, purchase of tree-guards and iron mesh at exorbitant rates, and illegal mining in protected forest areas.

There is yet another controversy awaiting action from the Punjab government. It pertains to the cutting of around 24,000 trees along the Bist Doab Canal. An inquiry conducted by the former Chief Secretary Anirudh Tiwari some 10 months ago, on the directions of the National Green Tribunal (NGT), has not been acted upon. It had indicted two IFS officers, Kuldip Kumar PCCF (retd), and Jagdev Singh, DFO (retd).

Yet another IFS officer is facing a CBI and a Vigilance Bureau charge sheet pending trial in two Mohali courts. The Punjab government is also seized of another act of misconduct by the same officer who by an order sanctioned to himself, provisional pension bypassing scrutiny by the forest and finance departments. This habitual litigant officer, involved in various court cases with colleagues, is to retire early next year.

In the same league, another four IFS officers were charge-sheeted in a 54-acre land deal scam in Ropar.