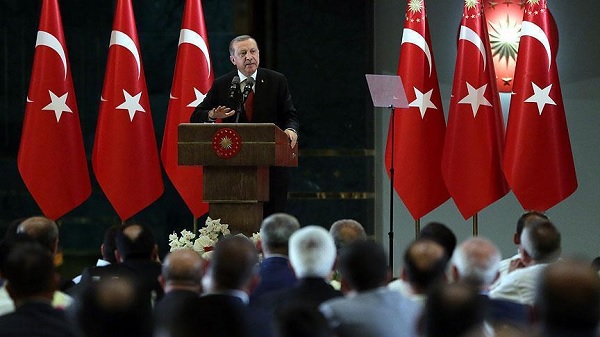 The announcement came in his address to a symposium organized by the Foundation for Political, Economic and Social Research (SETA) on the 17th foundation anniversary of the ruling Justice and Development (AK) Party.

“We will boycott American electronic products,” Erdogan said, adding that Turkey would produce a better version of every product previously bought with foreign currencies and export them.

“They do not hesitate to use the economy as a weapon against us, as they [also] tried in the diplomatic or military field, and efforts to sow social and political instability,” he added.

President Donald Trump on Friday ramped up his attack on Turkey by doubling US tariffs on Turkish aluminum and steel imports to 20 percent and 50 percent, respectively.