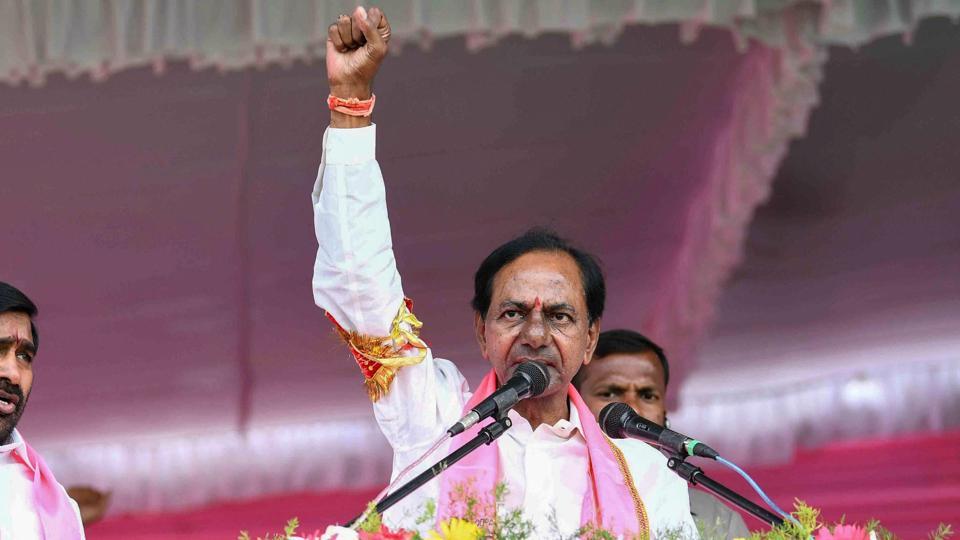 KCR accused the Centre of misleading the country over fuel prices in the international markets ever since the BJP came to power.

HYDERABAD — In a sign of the shape of political developments likely to unfold in the state, Telangana Chief Minister and TRS party supremo K. Chandrasekhar Rao on Sunday blasted the controversial farm laws introduced by the Narendra Modi government and demanded the Centre to repeal the three farm laws.

He also accused the Central government of misleading the country over international oil prices.

The Chief Minister’s tirade came in the wake of BJP’s victory over the ruling TRS in the recent high-stakes Huzurabad Assembly bypoll. It was a viciously fought battle which former TRS leader and dismissed state minister Eatela Rajender won as a BJP candidate.

Speaking to the media on Sunday, KCR, as the Telangana Chief Minister is popularly known, fired several salvos against the Modi-led Central government.

Placing the onus of ensuring food security for the people squarely on the Centre, KCR accused it of adopting a shifting stance on paddy procurement. He said that issues like procurement, storage and export of food grains rest with the Central government.

KCR also accused the Centre of misleading the country over fuel prices in the international markets ever since the BJP came to power.

“The Centre has been speaking untruths on fuel prices for seven years. In 2014, crude oil prices were $105 per barrel. Even when crude prices touched a low of $30, they never reduced fuel prices in the country. The BJP is saying continuously that international oil prices have been increasing constantly,” the Chief Minister said.

KCR said that despite the Central government increasing fuel prices, the state government has not raised VAT on petrol or diesel.

The Chief Minister’s comments came at a time when the state’s road transport corporation is mulling to hike bus fares to the tune of 25-30 paise per km, citing rising diesel price.

The Telangana Chief Minister has maintained a cordial relationship with the Central government till now. However, with the BJP getting aggressive in the state, the two parties are expected to harden their positions in the days ahead.