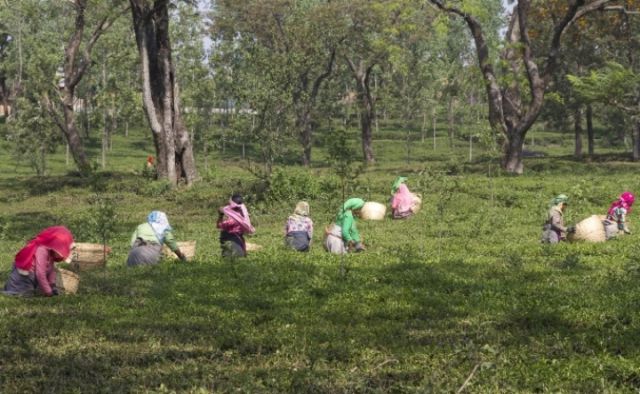 Kolkata : Targetting 300 million kg of exports by 2020, tea planters have told the government that the key to this lies in incentivising production of orthodox (full leaf) tea and boosting the Merchandise Exports from India Scheme (MEIS).

“We are mainly focusing on exports and have given proposals to incentivising this by increasing the Merchandise Exports from India Scheme (MEIS) reward rate from 5 per cent to 11 per cent,” Indian Tea Association (ITA) immediate past-Chairman Azam Monem told IANS.

The central government was keen on planters producing tea suited for export markets instead of exporting that which is lying surplus, he said.

“To do that, we have to target exportable produce like orthodox tea. We are only making 80-100 million tonnes of orthodox tea and have asked for incentivising its production,” Monem said.

ITA Chairman Vivek Goenka told IANS: “Enhancing the current MEIS rate of 5 per cent for bulk tea will be beneficial to become cost competitive in international markets. There are various commodities which have higher rate of MEIS. The orthodox incentive is currently at Rs 3 per kg which is low compared to higher cost of producing it.”

According to the latest data, India’s tea exports during January-November 2018 were at par at 225.76 million kg against 226.04 million kg during same period of the previous year. Exports volumes are expected to be at similar level in the calendar year.

According to a study by rating agency ICRA, global tea production increased 1.8 per cent during the first 10 months of 2018, primarily driven by an increase in the Kenyan crop. This has adversely impacted the Kenyan auction realisation, which corrected by around 12 per cent during January-October 2018.

The Sri Lankan auction realisations, in spite of low production, witnessed a considerable decline of around 10 per cent during the same period, primarily because of the uncertainties arising from the impact of the impending sanctions on Iran.

“We believe incentives would be the key to surpass the level of 250 million kg and otherwise it would be difficult even retaining this. All depends on how we will be able to cope with the international markets, which are a little suppressed. I do not expect Africa to repeat the higher production of over 60-70 million that they did last year. There should be higher penetration by Indian exporters,” Monem said.

Indian exporters are hopeful of gaining shipments to the UK, Russia, China, the UAE and also Iran, a large consumer of orthodox tea.

“We need to tap new markets for orthodox. Chile and Iraq have been targeted though it is difficult to penetrate such markets in a big way as they were dominated by Sri Lanka,” Monem pointed out.

In spite of having a record export in 2017 and shipments being at a similar level during the 11 months of 2018 as against the previous year, “tea prices at the farm gate level remained stagnant”, Bidyananda Barkakoty, Advisor to the North Eastern Tea Association, said, adding that either production needs to be brought down or domestic consumption increased and exports pushed up.

previousBosch to invest Rs 20 crore in AI centre in India