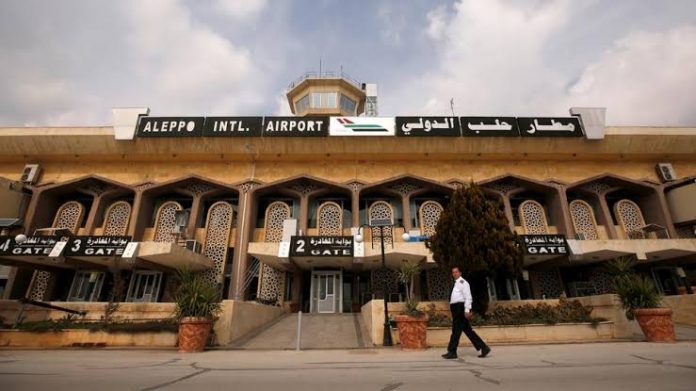 Damascus: An Israeli missile strike hit the international airport of Syria’s northern city of Aleppo, rendering it out of service, said the Syrian army.

Israel on Tuesday fired missiles from over the Mediterranean, targeting the airport and causing damage to the runway, said the army.

The Syrian air defense responded to the attack, shooting down a number of the missiles.

Eyewitnesses in the coastal city of Latakia told the news agency that five missiles were spotted coming from over the Mediterranean.

The airport in Aleppo has been targeted by Israeli airstrikes multiple times. The last one was on August 31, which also damaged the runway and rendered it out of service until September 3.

On September 1, Syrian Foreign Minister Faisal Mekdad warned that Israel was playing with fire and would eventually pay for its repeated attacks on Syria.

“Syria will not be silent in the face of the repetitive Israeli attacks and Israelis will pay the price sooner or later,” Mekdad said on the official Foreign Ministry Twitter account.

He also blamed the United States and its Western allies for encouraging Israel to persist in the aggression, which threatens peace and security in the region and beyond.

In June, an Israeli missile strike made the airport of Syria’s capital Damascus out of service for two weeks.

nextFirst Russian Forum-Festival 'The Arctic. The Ice Has Broken' Concludes in Komi Republic