What Climate Change Requires of Economics 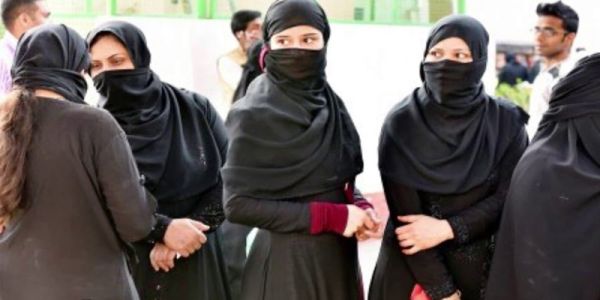 By A F Kirmani

IT has been more than two months since the disgraceful ‘Sulli Deals’ came to light but so far not a single person has been arrested for the crime. What makes the handling of the matter even more shameful is the fact that soon after the crime came to light one of its perpetrators had openly claimed credit for it on Twitter. The Twitter handle by the name of Liberal Doge had not just owned the disgusting act but also promised a comeback after GitHub disabled the application.

How does a criminal get this kind of confidence? What makes him feel so immune from legal consequences? And most importantly, how long will the society at large keep ignoring the elephant in the room?

If social media discourse is anything to go by, the religious hijab observed by women is a bigger issue than their online auctioning. I say so because the condemnation that the Sulli Deals received from the civil society stands dwarfed by the anti-hijab campaign that erupts from time to time on social media.  In fact, anti-hijabism (yes that deserves to be a word) runs as an undercurrent in the discourse of women’s rights.

A picture has been circulating on social media since the last few years: It depicts a horde of veiled women moving in one direction and a single unveiled woman with a book in her hand moving in the opposite direction. In the painting the veiled horde signifies ignorance while the unveiled woman signifies enlightenment. In their haste to prove their liberalism the men and women who posted that picture and other pictures like that forgot to use their hindsight as well as foresight.

It did not occur to the self-appointed champions of women’s rights that the Sulli Deals had particularly targeted the women who had been enlightened, educated, opinionated, bold and vocal enough to speak up not just for themselves but also for their community and their country.

It is frustrating how the Sulli Deals victims now stand pitted against the sluggish pace of legal procedures. A Hindustan Times report of 19th August, 2021 says, “The documents prepared for the requested information will go to the Ministry of Home Affairs, who will then take it to the embassy concerned. The legal aid of the embassy then will take it further. This procedure will delay the information by at least a few months.”

Well! A few months for an information requested by none less than the Ministry of Home Affairs is understandable when you are living in the middle-ages and the ship carrying the information has to sail around the world to reach an Indian port from where a man riding a poorly fed donkey has to take it many kilometers inland to deliver it at the ministry.
I am sure that is not how information transfer takes place these days. Last I checked this was a digital world and women empowerment was the top most priority of every domestic and international organisation.

For some mysterious reason this innovative crime has acted like a somnific for one and all and the million dollar question now is: what are the current and potential victims of a women auctioning application supposed to do while the authorities get their act together?
Post-Sulli Deals a number of women removed their pictures from social media lest they fall in the hands of a pervert with impunity. That I believe is a reasonable and sensible thing to do in a situation like this. But being reasonable and sensible does not take away the fact that it was not done out of free will, but fear. In other words, the women were forced and coerced into removing their pictures from social media.

This reminds me of another picture in the armour of anti-hijabists that shows a woman gradually disappearing as she dons more and more layers of cloth. No one has ever disappeared by wearing more clothes but that’s not the point here. The point is that the appreciators of ‘that’ picture forgot that many of the potential victims of a crime like Sulli Deals did not even get the luxury of fading gradually. Shocked and feeling threatened, they removed their pictures completely and immediately with the hope that they had not already landed in the wrong hands.

Isn’t it ironic how these women of ours must remain in enforced ‘purdah’ while the compassionate hearts of the country continue to bleed (quite unnecessarily) for the women who ‘choose’ to observe the veil not out of fear or coercion but as an act of religiosity?
While the anti-hijab rhetoric erupts from time to time, the Sulli Deals has seen just one episode of condemnation which occurred soon after the crime came to light. Since then, except for a few voices raised here and there, there has been complete silence on the atrocious crime.

Anyone true to the cause of women’s empowerment and female liberation should not be able to sleep peacefully until the auctioneers of women are put behind bars. Obviously and, unfortunately, that does not seem to be the case here.