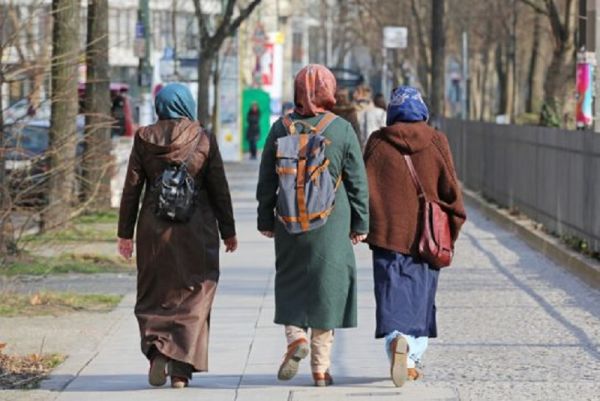 The West Bengal Police Recruitment Board (WBPRB) is going to organize a preliminary examination to recruit constables and lady constables in the state police on 26 September 2021. The board issued admit cards for this exam on September 6. More than 30,000 students have been left out because of various reasons including mistakes made while submitting their forms.

Among those left out are more than 1,000 Muslim girls. They have reportedly been found ineligible because they are seen wearing headscarves or hijabs in the photos that they attached with their forms.

WBPRB guidelines say that faces of the applicants should not be covered in any way in the photos. The guidelines read: “Applicants are advised not to upload images of other objects in place of photograph and signature. The photograph with face/head covering, sunglass/tinted glasses covering the eyes will not be accepted. Photographs cropped from ‘groupies’ or ‘selfies’ shall also be disallowed during the scrutiny.”

Clarion India spoke to some of the Muslim girls whose applications have been rejected. They say wearing hijab was their constitutional right. One of them, Sonamoni Khatun, belonging to North 24 Parganas, said, “I have used my photo wearing hijab in the forms for several competitive exams. Nowhere it was rejected. The Police Recruitment Board is depriving me of my religious rights.”

Sumiya Yasmin from Murshidabad asked how can the Board reject her application when India’s constitution guarantees me freedom to practice my religion. Tuhina Khatoon said she tried meeting the officer concerned in the WBPRB but was denied entry into the office.

The aggrieved candidates have written a letter to WBPRB chairman and sought “a generous concession” to them on similar lines as made to candidates from the Sikh religious community.

They have also argued that wearing hijab was part of their Islamic faith and cultural practices followed by their community in the state. “We believe that the scope of Indian democracy is wide enough to accommodate all religious faiths and beliefs,” they have said in the letter.

What the Muslim candidates are going through in West Bengal is a controversy that crops up from time to time in one part of the country or the other.  In 2017, the Kerala High Court in the case of Fida Fathima vs Union of India ruled that appearing in entrance examination while wearing a headscarf and dress in compliance with essential religious practices is a right protected by Article 25 of the Constitution of India. Subsequently, the National Testing Agency, an apex body which conducts several exams including NEET, JEE, NET and others, came out with guidelines allowing candidates to appear for exams wearing a headscarf, provided they reached an hour before reporting time to allow for proper screening.

Subrata Ganguly, a member of the recruitment Board, told Clarion India that they have gone by the book. “WBPRB guidelines clearly says that photograph of a candidate should be visible clearly without covering the head. We have rejected 30,000 applications for various reasons. They include candidates of all religions. We have not checked their religion if they are Muslims or Sikhs or Hindus. We have also not discriminated against males or females,” he said.