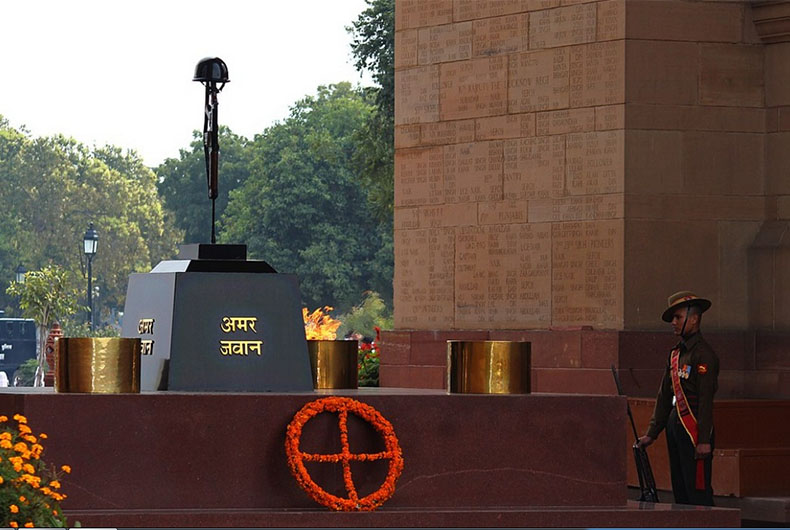 New Delhi: The Congress has attacked the government over extinguishing the eternal flame lit up at Amar Jawan Jyoti, calling it a sad day and alleging that it is like “extinguishing history and is nothing short of crime”.

The eternal flame at the India Gate will be extinguished after 50 years on Friday and will be merged with the flame at the adjoining National War Memorial (NWM) in the run-up to the Republic Day.

“It is a matter of great sadness that the immortal flame that used to burn for our brave soldiers will be extinguished today,” responding on the decision former Congress President Rahul Gandhi said in a tweet.

In a subtle jibe at the Centre, the Congress MP added, “Some people cannot understand patriotism and sacrifice – never mind We will once again light the Amar Jawan Jyoti for our soldiers.”

“Extinguishing Amar Jawan Jyoti tantamounts to extinguishing history. For it commentates sacrifice of those 3,483 brave soldiers who cleaved Pakistan into 02 parts and redrew map of South Asia post partition It is ironical that in 50 th year of liberation of Bangladesh, Government seems to be working overtime to erase India’s finest hour in Post Independent History”.

He said Amar Jawan Jyoti is imbued in the National Consciousness and a billion people have grown up venerating it.

“Redeveloping the Central Vista was hubris enough but extinguishing the eternal flame at India gate is nothing short of a crime. I am surprised that the nation is silent as a national icon would be snuffed out in the project to re-write History,” he added in the tweet.

The eternal flame known as Amar Jawan Jyoti was built in 1972 underneath the India Gate arch to commemorate the soldiers martyred in the Indo-Pak War of 1971. It is a memorial symbolised by an inverted bayonet and soldier’s helmet over it with an eternal flame burning beside it.

next3 held over Clubhouse video having insulting remarks against Muslim women