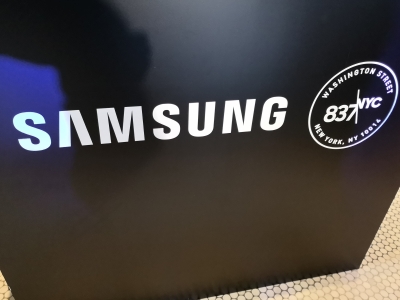 Samsung India on Friday said that its mobile business division garnered record revenue of Rs 14,400 crore during the festive months of September and October in India, making it the best Diwali sales for the South Korean giant.

New Delhi, Nov 4,2022:  Samsung India on Friday said that its mobile business division garnered record revenue of Rs 14,400 crore during the festive months of September and October in India, making it the best Diwali sales for the South Korean giant.

Both Galaxy S22 series and the fourth generation of foldables — Galaxy Z Fold4 and Z Flip4 — have seen huge demand from customers.

Samsung said it continues to lead the broader smartphone market by sales for the 10th year running.

“We have consolidated our smartphone leadership this year. Along with premium smartphones, 5G smartphones have seen huge demand from consumers in India,” Babbar said.

According to Counterpoint Research, Samsung led the 5G smartphone segment in India for the fourth straight quarter in Q3. Samsung was also the fastest-growing brand in the premium segment.

Samsung held the second spot in Q3 in India and was the only smartphone brand among the top five to register an annual growth. The company also led the handset (feature phone+smartphone) market with an 18 per cent share in the country.

Babbar said that Samsung had the biggest 5G portfolio in India, with more than 20 5G smartphones and tablets selling in the country right now.

“Consumers have upgraded in a big way — both to 5G smartphones and to premium smartphones — in the just concluded festive season,” Babbar told IANS, citing the growth in 5G smartphones as another big reason for Samsung India’s success.

Babbar said the company’s innovations in terms of platforms and services have helped consumers in a big way.

Samsung Finance+, the company’s lending platform for new-to-credit customers, saw more than 1 million transactions during the festive season, he informed.

previousTwitter back after brief outage for some Indian users