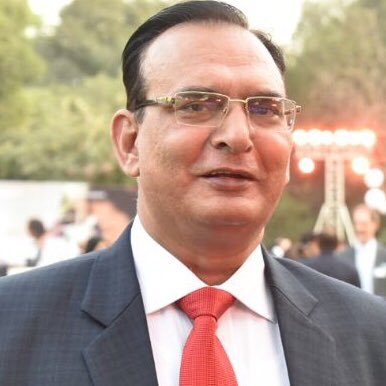 Recent events in Ukraine and Taiwan are once again testing the Russia-China ties, as neither has commented upon or shown support to each other’s actions in different theatres of action.

Two time-tested allies, though differing ideologically at present but firmly rooted in the same political ideology roots and having faced several crises together, supporting each other at regional and international level through political brinkmanship are facing a new stress. Though each of them deny publicly of supporting each other, yet no one can discount the secret deals which help further cement their ties.

To boost the bilateral ties and trade, a new cross-border bridge between Russia and China was inaugurated on 10 June in the Far East in a bid to further boost bilateral trade between traditional Communist friends, besides countering rising US-led sanctions over Taiwan and Ukraine.

Kremlin’s representative in the Russian Far East, Yuri Trutnev, described the bridge as carrying a special symbolic meaning in today’s divided world. While Russia’s Transport Minister Vitaly Savelyev said that the bridge would help increase bilateral annual trade between the two countries to more than 1 million tons of goods.

Russian authorities claim that the bridge would bring Moscow and Beijing closer together by expanding trade. China’s Vice Premier Hu Chunhua also welcomed the development, saying that Beijing seeks to deepen practical cooperation with Russia in all areas.

Russia announced in April it expected commodity flows with China to surge, and trade with Beijing to reach $200 billion by 2024. China is a major purchaser of Russian natural resources and agricultural products.

The development comes amid Western criticism of Beijing’s refusal to condemn Moscow’s military operations in Ukraine while also censuring US-led sanctions against Russia and acting arrogantly against Taiwan.

It seems as if Chinese tensions with the US are taking a turn for the worse. On 10 June, Chinese and US defence ministers held a tense meeting, clashing over Taiwan.

Addressing the Shangri-La Dialogue in Singapore, US Defence Secretary Lloyd Austin asserted that Washington would do its part to manage tensions with China and prevent conflict.

US President Joe Biden declared last month that his country would get involved militarily should China attack Taiwan, although his administration has since claimed that American policy on the issue has not changed.

On his part Chinese Defence Minister Fenghe warned Austin that Beijing will “not hesitate to start a war” if Taiwan declares independence. The Chinese minister vowed that Beijing would “smash to smithereens any ‘Taiwan independence’ plot and resolutely uphold the unification of the motherland”, and also “stressed that Taiwan is China’s Taiwan… Using Taiwan to contain China will never prevail”.

The new bridge further underlies the growing strengthening of relations between China and Russia, albeit with some reservations from both sides. So far, China has not given any public expression of support for Putin’s ‘special military operation’. Xi himself has subsequently stated that China is ‘committed to respecting the sovereignty and territorial integrity of all countries’. Though Russia has asked for military aid from China but no response has been forthcoming at least publicly, so far.

Neither does it seem that China wants to risk being involved in trade wars with the West. Chinese companies, particularly those established in the US, appear to be equally circumspect about breaking US sanctions.

Putin’s war in Ukraine has highlighted the resilience and also the limitations of Sino-Russian partnership. Far from being an “arc of autocracy”, this could be described as an interests-based relationship between strategically autonomous powers. Also more rhetorical than time and action tested.

Foreign policy coordination between China and Russia is limited by their different views of global order. Beijing wants a stable international system, skewed in its favour, whereas Moscow thrives on disorder and uncertainty.

Xi Jinping aims to preserve the Sino-Russian partnership while maintaining ties with the West. But Beijing’s balancing act will become harder to sustain as the war continues.

The balance of power within the bilateral relationship has tilted sharply towards Beijing. Russia is more reliant on China than ever. The long-term outlook for the relationship is unpromising.

At their Beijing summit in February 2022, Chinese President Xi Jinping and Russian President Vladimir Putin proclaimed a “friendship without limits”. Yet Putin’s invasion of Ukraine, and the Chinese response to it, has exposed the limitations of the Sino-Russian partnership. Far from being an “axis of authoritarians”, as described by western observers, this is a traditional great power relationship centred in strategic calculus. Chinese and Russian interests diverge in key respects, and the war has highlighted contrasting visions of global order and disorder.

Xi Jinping has attempted to chart a “neutral” course that maintains the partnership with Russia but protects China’s global interests. This balancing act might become harder to sustain if the Ukraine war drags on. Both sides value the partnership as too important to fail. But over time, its strength may erode. As both pursue different global ambitions, the cohesions may become fewer. The relationship will become increasingly unequal and dysfunctional, and would be defined principally by its constraints.

Meanwhile, Central Asia has become of increasing strategic importance to China as a result of the Russia-Ukraine conflict, which has pinched direct supply chain routes between China and the EU. It is just like how Russia views Ukraine and other former Soviet republics in its immediate neighbourhood.

China has invested much in C+C5 alliance, supported by the Shanghai Cooperation Organisation in terms of security and trade. The trade aspect also includes the Eurasian Economic Union (EAEU), which includes Russia as well as C+C5 members Kazakhstan and Kyrgyzstan, while Uzbekistan is an observer nation and expected to join the block soon. Interestingly, China has a Free Trade Agreement with the EAEU but has not yet agreed tariff reductions. When it does, regional China-Central Asian trade will increase significantly.

While at its core is the issue of Afghanistan, the C+C5 is intent on becoming an institutionalised regional voice. While the C5 already have their own dialogue arrangements with Russia – which also includes infrastructure developments and trade, the China format allows them some ability to compare as well as cooperate. Given the issues between Russia and the European Union right now, winners will be China and the C5 states.

Thus, though for the time being China will continue to support Russia, and may not give-up the ideological common ground militarily but economic factors may impel it to overlook Russian interests in certain matters, as it continues to consolidate its global power and also in the central Asian region guided by its economic goals.

Asad Mirza is a political commentator based in New Delhi.

He was also associated with BBC Urdu Service and Khaleej Times of Dubai.