The Mumbai Press Club held a cracking session on recent political developments in Maharashtra during a book release in the city. Former Maharashtra chief minister Prithviraj Chavan who released author -journalist Rasheed Kidwai ‘s book “Leaders , Politicians, Citizens” said the MVA chief minister Uddhav Thackeray was perhaps in the dark about Shiv Sena MLAs deserting the party because he did not have the home portofolio with himself or with the Sena. Chavan said even earlier when the Congress and NCP had formed the democratic front , he had argued for the home portfolio to go to the party to which the Chief Minister belonged.
During the Vilasrao Deshmukh, Sushil Kumar Shinde, Ashok Chavan and Prithviraj Chavan era, the home portfolio was with the NCP. Even in the MVA govt, the NCP had claimed the portfolio. Chavan was of the view that this factor alone robbed Udhav Thackeray an opportunity to have prior info about a section of Sena MLAs leaving for Surat. Chavan also regretted the delay in appointment of new speaker in Maharashtra assembly. 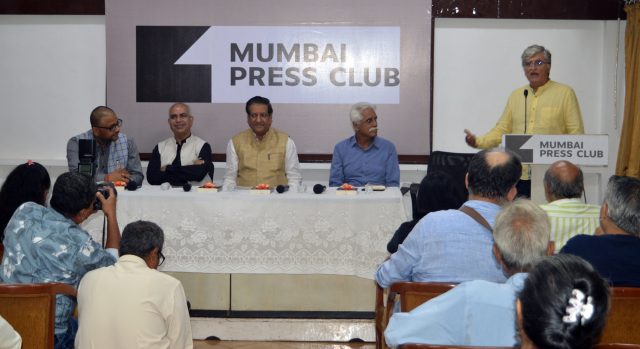 Kidwai’s book was released by a panel consisting of Chavan, BJP spokesman Rajiv Pandey , Mumbai Press Club president Ayaz Menon and MPC chairman, Gurbir Singh .
Kidwai’s book highlights the role of 50 prominent figures who are no longer in this world. It includes profiles of Indira Gandhi, Balasaheb Thackeray, APJ Abdul Kalam , Sheikh Abdullah , Laldenga, A R Antulay, Motilal Vora, Namdeo Dhasal, Ahmed Patel, Amar Singh, Chandraswami and others.
Kidwai said he considered Indira Gandhi as a fascinating person ..someone who imposed emergency, curbed civil rights, and media freedom but restored it by holding the 1977 Lok Sabha polls in which she was defeated. three years later, but then she staged a great come back.
Through the book,  Leaders, Politicians, Citizens: 50 Figures who Influenced India’s Politics, Rasheed Kidwai takes readers through the post-Independence years, through the lives of 50 leaders. The choice of the personalities is interesting. Not only do national leaders such as the Gandhis, Pranab Mukherjee, APJ Abdul Kalam and Atal Bihari Vajpayee find a place in the book, many regional satraps such as Sheikh Abdullah, Jayalalithaa, Balasaheb Thackeray and Jyoti Basu are also included, which takes the book beyond national politics into the alleys of regional machinations. 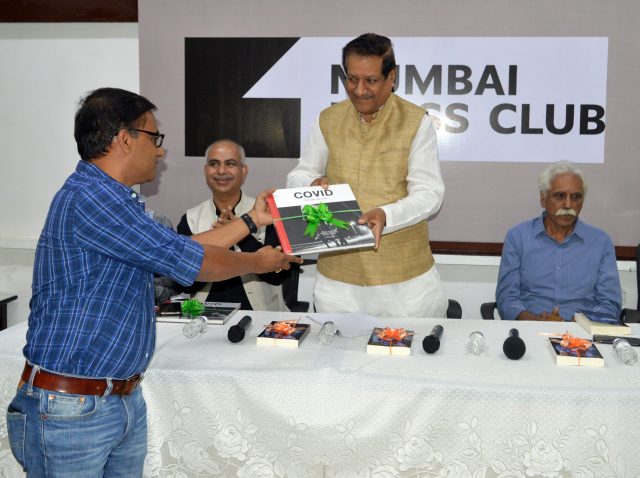 The book becomes more interesting through the inclusion of some colourful personalities who left an impression on India’s political landscape such as Phoolan Devi, Chandraswami, Dev Anand, Vinod Khanna and Dilip Kumar. The actions of these eccentric personalities will provide a nice side show for those not too interested in the machinations of career politicians.
For instance, description of Chandraswami runs thus, “By the time he died on May 23, 2017, at the age of 69, Nemi Chand Jain (alias Chandraswami) had traversed the entire gamut of fame and notoriety. The much sought-after mystic, a modern-day Rasputin, represented the seamy side of spiritualism and often found himself on the wrong side of the law…But to those who came under his influence, he was a man who could work miracles
There is a detailed account in the book of the day Indira Gandhi was assassinated. “As soon as she (Indira Gandhi) reached the wicket gate, Dhawan said, Gandhi had folded her hands in a ‘namaste’ for the guards. Dhawan said he saw Beant raise his pistol and shoot. She spun around and fell to the ground. Satwant then started firing his sten gun. She was not even standing when Satwant opened fire… There was no ambulance to take Indira Gandhi to the hospital, so Sonia put her in an  Ambassador. Still wearing a gown, Sonia Gandhi cradled her mother-in-law’s head in her lap as the car raced the 3 km distance to AIIMS.”
Many may be acquainted with the ‘Bandit Queen’, Phoolan Devi, through the movie. But the book gives a gripping narrative of the atrocities committed on her and the manner in which she transformed herself from a dacoit to a globe-trotting politician.
The Behmai massacre which was Phoolan Devi’s revenge for the atrocities committed against her. The event is best described in the words of Luke Harding of  The Guardian. “Several months later, she returned to Behmai. Dressed this time in a khaki coat, blue jeans and wearing bright lipstick. A sten gun hung from her shoulder and in her hand, she carried a battery-powered megaphone. Devi called out all the villagers and asked them to hand over Sri Ram and Lala Ram…The two men could not be found. So Devi rounded up all the young men in the village…At a green embankment they were ordered to kneel. There was a burst of gunfire and 22 men lay dead.”