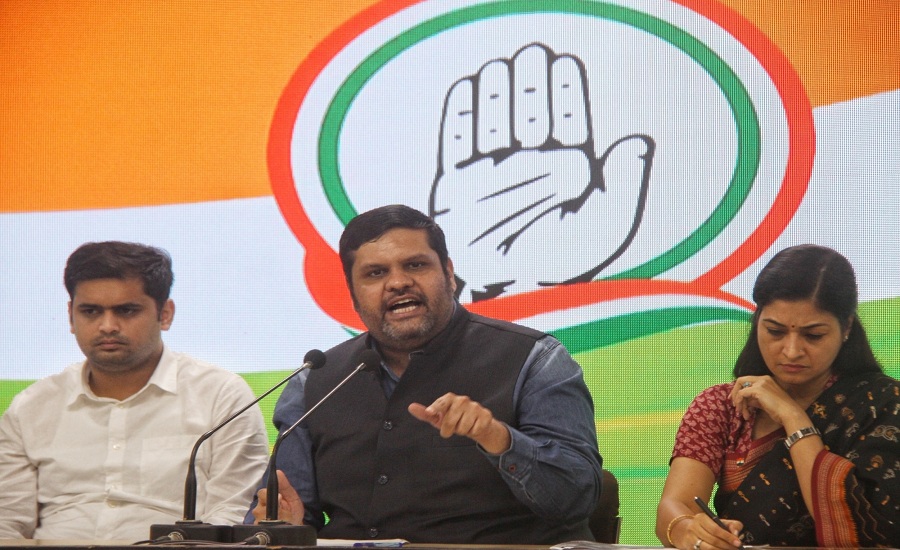 NEW DELHI – Days ahead of the Union Budget announcements for FY23, the Congress on Monday alleged that due to the Centres ‘bad economic policy, unemployment rate in the country has gone up to 7 per cent, wholesale inflation rose to 13.56 per cent, rupee fell to 74+ against the US dollar, income of 84 per cent households declined in 2021 while the wealth of some individuals multiplied nine times.

The Congress demanded that like corporate tax was slashed from 30 per cent to 22 per cent, similar reliefs should be provided to the middle and lower-income groups.

The party demanded that the government should reduce petrol and diesel prices by Rs 25 per litre, while GST rates on essential items should be either exempted or rationalised as high rates on these items are ‘regressive’.

Addressing a virtual press conference, Congress spokesperson Gaurav Vallabh said, “The income of 84 per cent of the households in the country declined in 2021, but at the same time the number of Indian billionaires grew from 102 to 142 (39 per cent growth).

He alleged that due to Narendra Modi government’s pro-rich policies, there has been continuous increase in indirect taxes (GST), while there has been constant increase in additional tax imposed on fuel, which rose 33 per cent in the first six months of 2020-21 compared to the last year, 79 per cent more than pre-Covid levels.

The lowering of corporate taxes from 30 per cent to 22 per cent resulted in a loss of Rs 1.5 lakh crore, contributing to India’s fiscal deficit, he alleged.

These trends show that the poor, marginalised and middle class paid high taxes despite going through the raging pandemic while the rich made more money, he said.

More than 4.6 crore Indians are estimated to have fallen into extreme poverty in 2020, nearly half of the global new poor, according to the United Nations, Vallabh alleged.