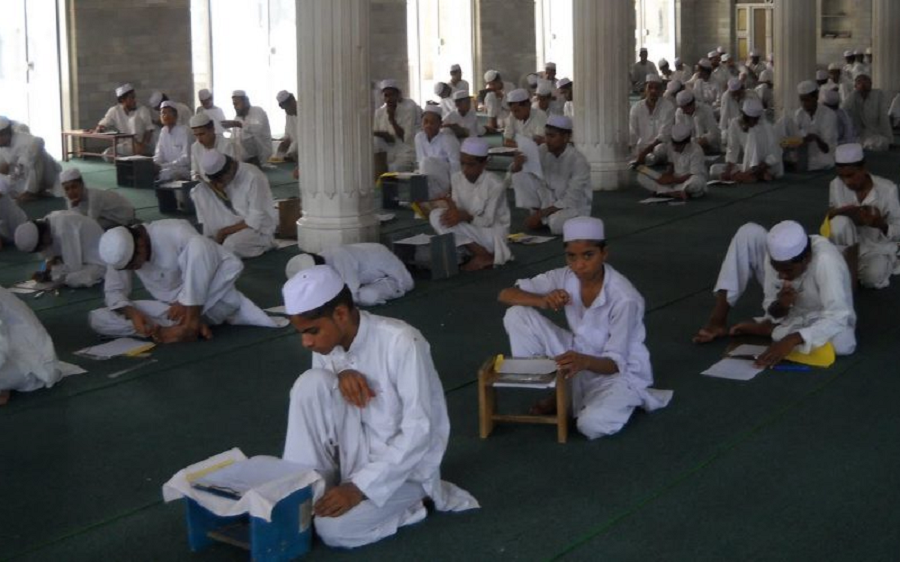 The national anthem will be sung by teachers and students from the upcoming academic session in all recognised, aided, and non-aided madrassas in the state.

LUCKNOW — The Uttar Pradesh government has made it mandatory for all students and teachers in madrasas of the state to sing the National Anthem “Jana Gana Mana” before commencing classes from Thursday.

Danish Azad Ansari, Minister of State for minority welfare, has passed this order. The decision was taken at the meeting of the UP Madrasa Education Board on March 24.

Ansari reportedly said that the government wants the madrassa students to be “full of patriotism.”

The Registrar of the Uttar Pradesh Madrassa Education Board, S N Pandey, also issued an order to this effect to all the District Minority Welfare Officers on May 9, reports PTI.

As per the order, the schools will continue with the previously sung religious prayers along with the national anthem—”Jana Gana Mana”.

He said regular classes at the madrassas began on May 12 after the Ramzan holidays, and the order came into effect on the same day.

The national anthem will be sung by teachers and students from the upcoming academic session in all recognised, aided, and non-aided madrassas in the state.

According to the report, the District Minority Welfare Officers have been tasked to ensure compliance with the order.

General Secretary of Teachers’ Association Madaris Arabia, Diwan Sahab Zaman Khan, said that till now at madrassas, usually Hamd (praises to Allah) and Salam (salutations to Muhammad) were recited before the start of classes.

The national anthem was also sung in some, but it was not compulsory. “Now it has been made mandatory,” he added.

There are a total of 16,461 madrassas in Uttar Pradesh and 560 of them receive government grants.

previousFree Speech and Disinformation: Democracy in the Crosshairs