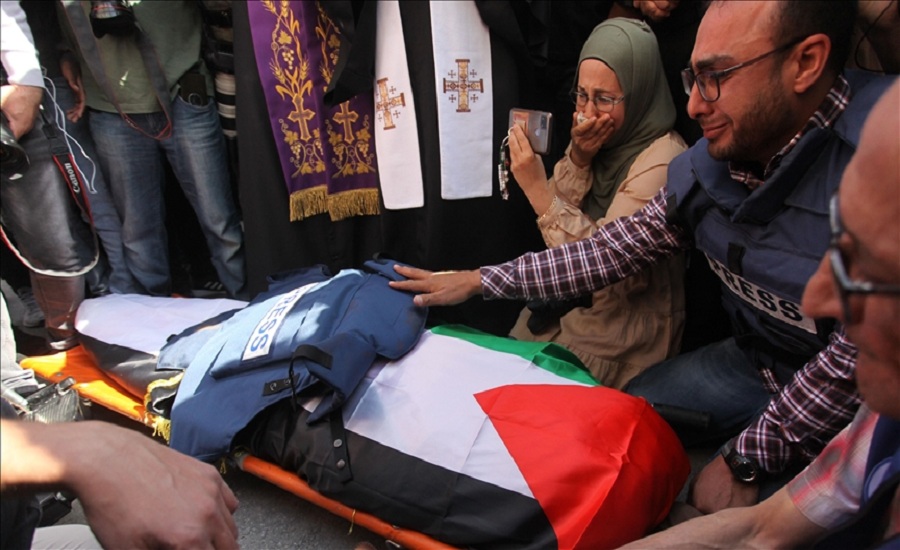 WEST BANK – The International Federation of Journalists (IFJ) on Wednesday condemned the killing of a veteran Al Jazeera journalist while covering an Israeli military raid in the occupied West Bank.

Shireen Abu Akleh, 51, was shot dead while covering the Israeli raid in the city of Jenin Wednesday morning. Another journalist, Ali Al-Samoudi, was shot in the back, according to the Palestinian Health Ministry.

“While the full details of this horrific murder are still emerging, testimony from journalists who were with her when she was killed point towards this being another deliberate and systematic targeting of a journalist,” IFJ tweeted.

“We will seek to add this case to the ICC complaint submitted by the IFJ, detailing such systematic targeting,” it added.

It termed the killing as a “heinous crime, which intends to only prevent the media from conducting their duty.”

Abu Akleh was born in Jerusalem, in 1971, and earned a BA in journalism and media from Yarmouk University in Jordan.