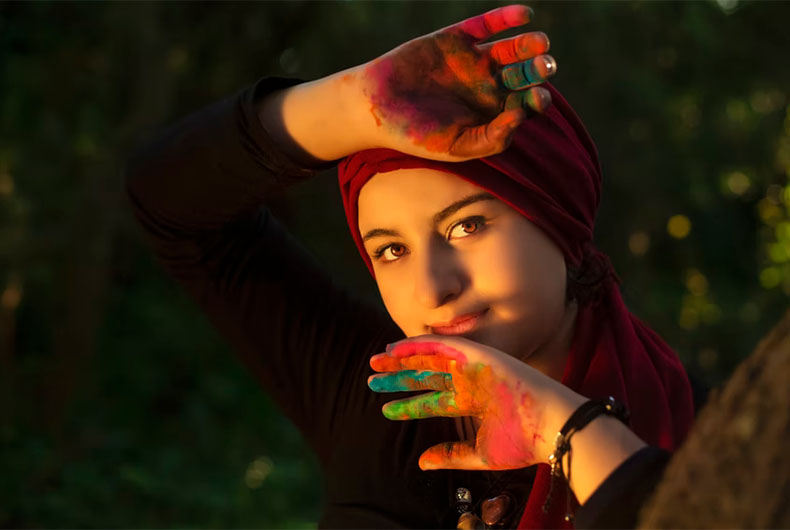 There is little enthusiasm in India to celebrate ‘World Hijab Day’ that falls on February 1, each year

There is little enthusiasm in India to celebrate ‘World Hijab Day’ that falls on February 1, each year. Hijab is a headscarf that covers the hairs, neck, and upper part of the female body but leaves the face open. Every year women from all over the world with different ethnic backgrounds and faiths are invited to wear the hijab to experience its feelings for a day.

World Hijab Day was started by a Bangladeshi lady Nazma Khan in the USA in 2013. ‘The purpose of the event is to encourage women of all religions and backgrounds to experience the feeling of wearing hijab,’ Many women wearing hijab go through a lot of difficulties and often are on the receiving end of rude behavior and comments,’ she says as the reason for starting this event.

As an event organizer, she says that February 1, 2022, is a great opportunity for non-Muslim women to experience the hijab. This day is celebrated in solidarity with Muslim girls and women around the world who choose to wear Hijab. It is also to raise awareness about the challenges faced by those wearing hijab. In simple terms, world Hijab day is celebrated to foster religious tolerance and understanding between different faiths and communities, she adds.

However, in India, the event has not found the same vibration as in the west. This is due to the social-political environment prevailing in the country. There were attempts made by young girls in Lucknow, Hyderabad, and Bangalore to popularize the event but they faced hostile reactions from the locals who construed it as a Jihadi activity to convert Hindu girls into the Muslim fold.

Last year, in Nagpur the event turned out to be a scene of communal confrontation. When some Muslim girls put up a make-shift stall that they decorated with handmade posters and banners and colorful headscarves and attempted to invite women of all faiths to try the experience of wearing hijab they ran into trouble. Some men confronted them and intimidated them to shut their shop. The Police were called and the matter was resolved after taking an undertaking from these girls not to repeat such a thing again.

However, this no way reflects on the global movement as World Hijab Day has gained cult status and celebrated in the recognition of millions of Muslim women who choose to wear the hijab and live a life of modesty.

The popularity of this event can be ascertained from the fact that since the event has started in 2013 and is now in its 10th year, more than 140 countries are involved in celebrating World Hijab Day.

World Hijab Day coincides with the first day of the annual World Interfaith Harmony Week observed by the United Nations. In 2017 New York State recognized World Hijab Day, and an event marking the day was hosted at the House of Commons, which was attended by Theresa May (former UK Prime Minister). The House of Representatives of the Philippines in 2021 approved February 1, as “Annual National Hijab Day” to promote an understanding of the Muslim tradition.

Some critics oppose World Hijab Day, saying women must decide for themselves what to wear or what not to wear on their heads. Wearing Hijab is no solution to their fight against misogynist governments, patriarch families, and the social system that abuses and even kills them. They call this event a bit presumptuous and aggressive.

This is contested by pro Hijab women who say: ‘Many a time, looking at a woman in Hijab, one may consider her to be subjugated or enforced under a man’s orders but that’s not true. Hijab is a complete experience of the feeling of liberation and submitting oneself to its self. Those wearing the headgear are doing so out of her own choice and her right to dress up the way she wants. Watch and listen to what Nazma Khan has to say on this issue: