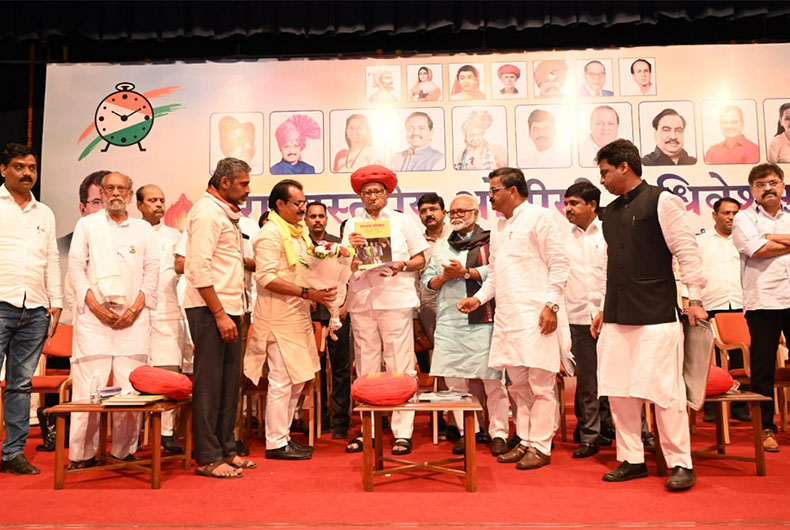 “Nobody is asking anything for free, but everybody should get what is rightfully due to them. There is no alternative but to conduct a ‘caste-based’ Census,” said Pawar, addressing a conclave of the NCP-OBC Cell.

He pointed out that the SC/ST had got the benefit of the reservations granted to them by the Constitution and similar concessions must be extended even to the Other Backward Classes (OBCs).

“However, to provide such reservations, the government must ascertain the exact OBC population which can be known by a ‘caste-based’ Census, and based on these figures, justice can be done to the community”, the 81-year-old NCP supremo said.

Slamming the Opposition Bharatiya Janata Party (BJP) for blaming the Maha Vikas Aghadi government on the issue of OBCs quotas, Pawar said they were in power in Maharashtra for five years and ruling in Delhi since 2014, so “were you sleeping till now”.

He added that irrespective of what the BJP people say there is no hope for the OBCs getting justice from them, and even Bihar Chief Minister Nitish Kumar has spoken on the need for a ‘caste-based’ Census, but the Centre’s mindset is different on it.

Pawar reiterated that the MVA — comprising Shiv Sena-NCP-Congress — will go for the upcoming civic polls only after the OBCs reservations issue is resolved to ensure that they get their share in the decision-making process.

Pawar’s comments came as the state prepares for the local bodies elections amid demands to restore the OBC quotas after the Supreme Court rejected the Maharashtra State Backward Classes Commission’s Interim Report recommending restoration of 27 per cent reservations for OBCs.

Recalling that a senior RSS leader Bhaiyaji Joshi was opposed to a ‘caste-based’ census as it could send a wrong signal to society, Pawar countered by asking what is wrong if the correct picture emerges, and said that NCP will launch awareness about it for ensuring justice to the OBCs.

The meet concluded with a series of resolutions adopted including urging the Centre to conduct a ‘Caste-Based Census’, the Maharashtra government should provide a loan of Rs 25 lakhs from the OBC Corporation to the highly educated unemployed OBC youths, setting up hostels for OBC students in cities like Mumbai, Pune with a 1,000-capacity and the Centre should provide major funds for this.

Other resolutions included full implementation of the Mandal Commission Report, the Centre and State governments should take initiative to help the Bara Balutedar community to carry on their traditional businesses, certain measures for the potters and other communities, 27 per cent quotas to the entrepreneurs among OBCs in the party and government committees.