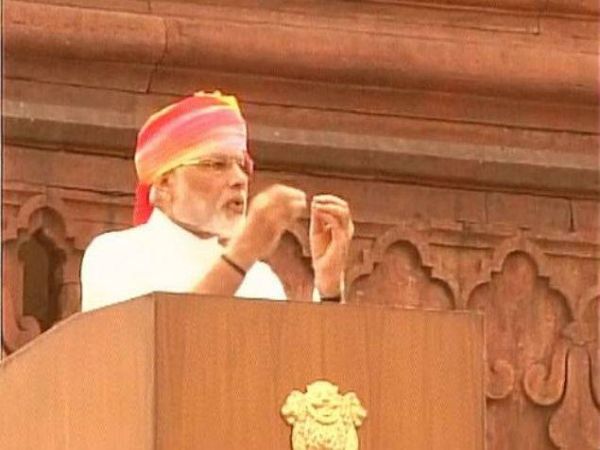 Greater Noida : Prime Minister Narendra Modi on Monday said that the world has seen crude prices on a roller-coaster ride for too long and there was a need to move to responsible pricing which balances the interests of both the producer and consumer.

Modi said he has always maintained that oil and gas were not only a commodity of trade but also of necessity and energy is essential whether it is for the kitchen of a common man or for an aircraft.

“For too long, the world has seen crude prices on a roller-coaster. We need to move to responsible pricing, which balances the interests of both the producer and consumer. We also need to move towards transparent and flexible markets for both oil and gas. Only then can we serve the energy needs of humanity in an optimal manner,” he said.

“Suitably priced, stable and sustainable energy supply, is essential for rapid growth of the economy. It also helps the poor and deprived sections of society, to partake of economic benefits.

“At the macro level, the energy sector is a pivot and key enabler of growth,” he said.

The Prime Minister said that energy supply, source and consumption patterns were changing and this could be a historic transition.

“There is a shift in energy consumption from the West to East. The US has become the world’s largest oil and gas producer after the shale revolution.”

He said solar energy and other renewable sources of energy had become more competitive and were emerging as sustainable substitutes for traditional energy forms while natural gas is fast becoming one of the largest fuels in the global energy mix.

Modi said people must have universal access to clean, affordable, sustainable and equitable supply of energy.

He said India’s contribution in the onset of an era based on energy justice is significant and the country has shown tremendous resilience as an anchor of the world economy in an uncertain global economic environment.

He said India is the sixth largest economy in the world and could be the second largest global economy by 2030.

“We are also the third largest energy consumer in the world, with demand growing at more than five percent annually. India remains an attractive market for energy companies with energy demand expected to more than double by 2040.”

Modi said India has taken a lead in energy accessibility and will achieve 100 per cent household electrification by the end of this year.

He also noted that the country’s progress is moving to a gas-based economy by bringing clean cooking fuel to poor households.

“Electricity has already reached all rural areas. This year, 100 per cent electrification of households will be achieved through the Saubhagya scheme,” he said.

“Over 6.4 crore households were given LPG connections in just three years under the Ujjwala Scheme. A ‘Blue Flame’ revolution is underway and LPG coverage has reached more than 90 per cent of the population,” said Modi.

Noting that “energy justice” is a priority for his government, the Prime Minister said: “India’s World Bank Ease of Getting Electricity ranking had improved from 111 in 2014 to 29 in 2018.”

He said globally the perception of energy consumption and supply is changing and nations are coming together to tackle climate change.

“This may expedite the achievement of Sustainable Development Goals (SDGs). Nations are coming together to tackle climate change,” he stated.

Modi said Petrotech provides “the perfect setting” to ponder over the future of energy sector.