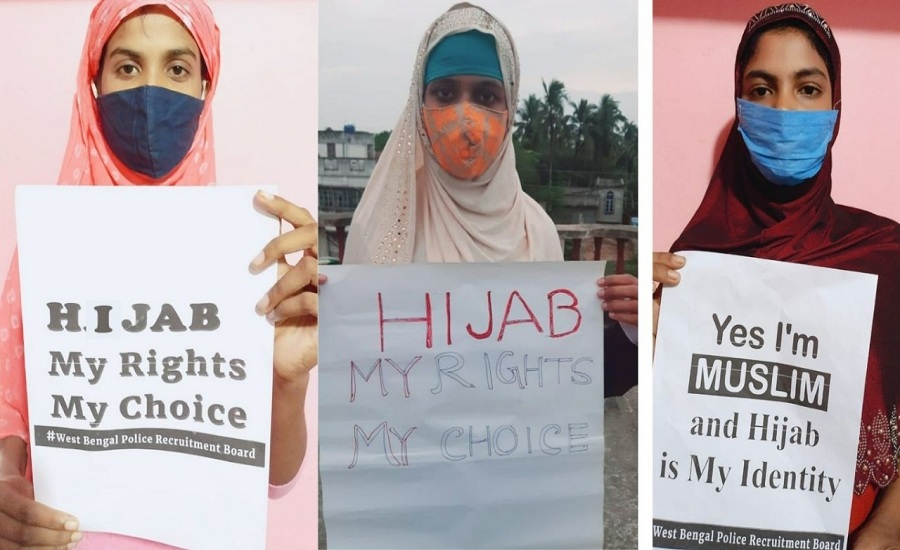 Over 1,000 applicants were not issued admit cards to write exams because they had submitted photographs in Hijab

NEW DELHI — Calcutta High Court has stayed the recruitment process of West Bengal Police Recruitment Board after a group of Muslim women filed a petition alleging their application forms for recruitment of constables were rejected because of wearing Hijab (headscarf) in the photograph.

The interim order, passed by Justice Arindam Mukherjee, states that the future of the recruitment will depend on the final verdict of this case.

Tuhina Khatoon, one of the petitioners, termed the stay order a “victory of our hopes”. She told Clarion India over the phone from Kolkata: “We have been preparing for this exam for a long. But we were denied the opportunity. Now the court is listening to us and we hope that we will get justice.”

Advocate Firdous Samim, who is representing the Muslim girls in this case, said that the “Constitution allows that a Muslim girl can wear Hijab but the notification given by the Police Board went against the Constitutional provisions.”

The West Bengal Police Recruitment Board (WBPRB) organized a preliminary examination to recruit constables and lady constables in the state police on 26 September 2021. The board issued admit cards for the exam on September 6. More than 30,000 students were left out because of various reasons including mistakes made while submitting their forms.

Among those left out were more than 1,000 Muslim girls because they were seen wearing headscarves or hijabs in the photos that they attached with their forms.

WBPRB guidelines say that the faces of the applicants should not be covered in any way in the photos.

The girls who were excluded from the exam protested outside the Board’s office in Kolkata for several days. They also sought an appointment with Chief Minister Mamata Banerjee but did not get one. Despite all the efforts, they were not allowed to sit in the exam after which they approached the high court to seek relief.

Reacting to the stay order, Mafiqur Rahman, a Kolkata-based activist, said the court’s objection to the West Bengal Police Recruitment Board rules is a positive sign and raises the expectations of thousands to make their dreams come true.