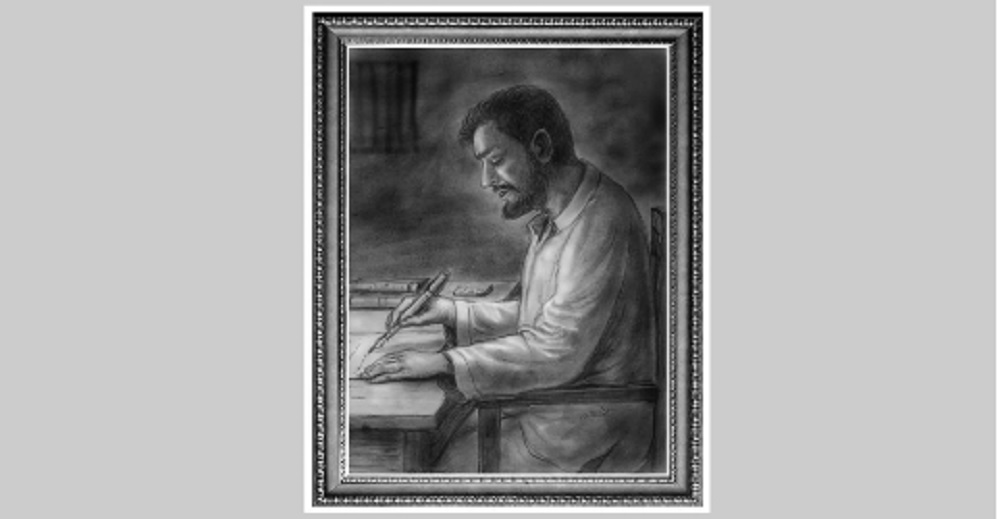 Moulvi Mohammad Baqir born in 1780 at Delhi. His Father is Moulvi Mohammad Akbar Ali , spiritual leader of Delhi. Moulvi Baqar had his education in Delhi College, Delhi. After completion of his education he took up several jobs such as teaching at Delhi College and as a Tehsildar in the Revenue Department but that was not his final goal. In 1836 when the Government, after amendment in the Press Act, allowed publication of newspapers, he entered the field of journalism that became his art and identity. In January 1837 Maulvi Muhammad Baqir launched Urdu weekly “Delhi Akhbar” This newspaper survived for about 21 years during which its name was changed twice.

On 3 May 1840 it was renamed as “Delhi Urdu Akhbar” while on 12 July 1857 Delhi Urdu Akhbar was renamed after the Mughal Emperor Bahadur Shah as “Akhbar-al-Zafar”. And then its ten last issues came out with this name. Delhi Urdu Akhbar was the proclaimer of the feelings of the nation.The newspaper played vital and leading role in creating political awakening in the masses and uniting them against the foreign rulers. It ignited the love of freedom and gave the courage and confidence to rally against the British Raj. Soon after the start of first freedom struggle of 1857 it became a freedom fighter itself.

The fire of Freedom that got ignited in Meerut on 10 May 1857 helped Mujahideen reach Delhi by 11 May. Following this started a series of events of the magnitude that shook the ground underneath the feet of the Britishers. Maulvi Muhammad Baqir responding to this call to freedom was busy doing jihad with his pen. In its report of 17 May 1857 Delhi Urdu Akhbar carried a detailed report of the advance of Mujahideen. Later on he continuously writing different articles denouncing the actions of British and encouraging the people and Sepoys to fight against the British for the freedom of country.

Maulvi Muhammad Baqir was a great advocate of Hindu Muslim unity. When in order to weaken the freedom struggle the British started to sow the seeds of discord among the public Delhi Urdu Akhbar challenged them and cautioned the people against the tactic of colonial rulers. All these actions of Mr Baqar angered the British and they decided to eliminate him.

previousJournalist Rana Ayyub Booked by UP Police over ‘Misappropriation’ of Funds