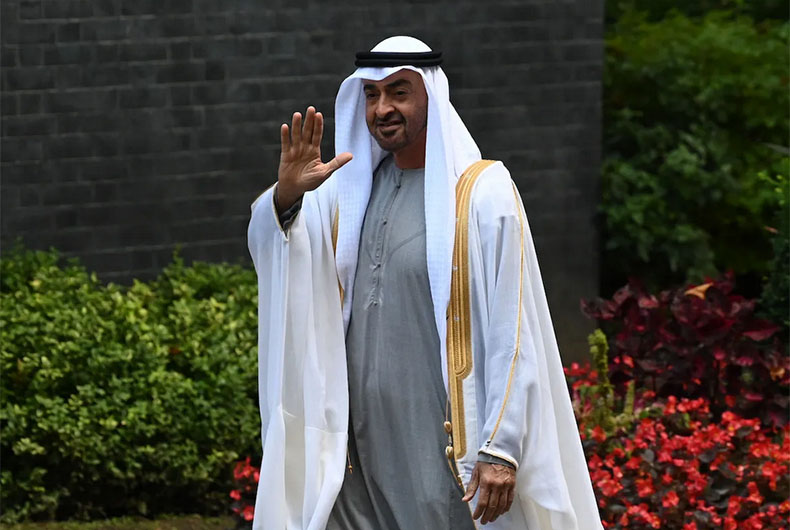 61-year-old Mohamed bin Zayed will be the country’s third president, after succeeding Sheikh Khalifa bin Zayed Al Nahyan, who passed away on Friday

Dubai: Abu Dhabi Crown Prince and the Supreme Commander of the UAE Armed Forces Mohamed bin Zayed al Nahyan was on Saturday elected as the new President of the United Arab Emirates (UAE).

The 61-year-old will be the country’s third president, after succeeding Sheikh Khalifa bin Zayed Al Nahyan, who passed away on Friday at the age of 73, reports Khaleej Times.

Sheikh Mohamed, who is also the Supreme Commander of the UAE Armed Forces, was elected by the UAE’s Federal Supreme Council.

About Sheikh Mohamed of UAE

He is seen as the driving force behind the UAE’s interventionist foreign policy and is a leader of a campaign against Islamist movements in the Arab world. He was also said to be instrumental in announcing UAE-Israel ties – a first by any GSS country.

Mohamed bin Zayed became the de facto ruler of Abu Dhabi, controlling almost every aspect of UAE policymaking, in January 2014, when his half-brother Sheikh Khalifa, then President of the UAE suffered heart attack.

Mohamed bin Zayed who was named as one of the 100 Most Influential People of 2019 by TIME magazine is regarded as the “most powerful Arab ruler and one of the most powerful men on Earth.”

MbZ became the ruler of Abu Dhabi on May 13, 2022 and was elected President of the United Arab Emirates today i.e. Saturday May 14, 2022. He will hold office for a five-year term before being eligible for re-election.