UAE Continues to be Pioneer in Climate Action: Shaikh Mohammed

No enthusiasm in India for World Hijab Day 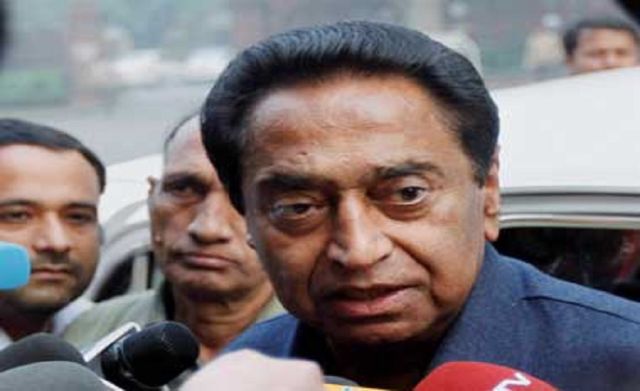 INDORE: Stage is all set for the Magnificent Madhya Pradesh Investors Summit 2019 to be hosted here at Indore, the commercial capital of the state, on October 18, 2019.

The Madhya Pradesh Government is working on securing investments worth Rs.50, 000 crore from top corporates of the country, sources claimed.

A whopping sum of Rs 30,000 crore has been invested after Congress party came to power in the state. The state government has entered into contract with Ralson Tyres, HEG, India Cements, Jaideep Pharma, Sadguru Pharma and other companies. These companies have been given relaxations by Cabinet Committee of Investment Promotion. Some of these companies will start working in the coming months.

Chief Minister Kamal Nath has said that my priority is to give Madhya Pradesh a direction and vision that benefits every section of the state. He said that there is no dearth of resources in the state, the need is how to utilise them in building a ‘Magnificent Madhya Pradesh’. In the last ten months, we have made it clear with our intentions and policy in this direction that our goal is only development in which farmers get their price and the youth get work. Kamal Nath was addressing the Business Leaders Madhya Pradesh Felicitation Ceremony organized by a private channel last night. On this occasion, Public Relations Minister P. C. Sharma was present.

The Chief Minister said that Madhya Pradesh has immense forest and mineral wealth. Seventy percent of the state’s population is dependent on agriculture. It is our priority to strengthen agriculture sector and to increase the farmers’ income. We have reduced the burden of farmers through loan waiver. Now the biggest challenge before us is how to use surplus production so that the farmers get benefits. We are trying to build a bridge between agriculture and industry sector. Through the food processing units, the excess production of farmers will be utilised. He said that the meaning of GDP for us is that economic activities should increase in Madhya Pradesh. With this we will be able to increase people’s purchasing power and this will also provide employment to people.

The Chief Minister said that our next step would be to strengthen the ‘delivery system’ of our welfare schemes. He said that at present, many government welfare schemes are going on, but due to poor implementation system, the benefits are not reaching the needy.

On recession in the country, the Chief Minister said that for this, we will have to bring comprehensive reforms in economic policies and make a system so that people get help without any difficulty. Kamal Nath said that at present the decisions taken in the wrong direction, including GST, have weakened our economy.

Group Editorial Director Raj Chengappa said that Madhya Pradesh is a fortunate state for having got a commander like Kamal Nath. This is important because today the states of the country have to maintain the pace of development in this phase of recession. Kamal Nath is the most capable person to meet this challenge. He said that in the last ten months of his tenure as Chief Minister, he has carved out an image of a skilled administrator, a working person and a person who achieves the goal. There is no difference between his words and actions. He believes that investment in Madhya Pradesh will come on trust, it cannot be begged. His experience will definitely take Madhya Pradesh to great heights.

Meanwhile, this time round no memorandum of understanding, (MoU), or letter of intent will be signed during the meet unlike in the past global investors’ summit during the BJP rule. The government will just hold talks regarding investments during the event. Industrialists who have either invested or shown interest in Madhya Pradesh have been invited for the Magnificent MP. So far, 125 industrialists, including Mukesh Ambani, Adi Godrej and Kumar Mangalam Birla, have given nod for participation.

The Kamal Nath government is rolling out big ticket reforms that could prove a turning point in the mission to energise the industrial sector in Madhya Pradesh.

Amid preparations on a war footing for his first investors’ summit, CM Nath had asked bureaucrats to explore the feasibility of implementing the Telangana model of single-window clearance to attract investors. A key feature in the plan is that companies will get all the necessary approvals within 15 days of application, failing which clearance will be “deemed conferred” with self-certification from the enterprises, say sources.

The Telangana State Industrial Project Approval and Self-Certification System (TS-iPASS), which was launched in 2016, has catapulted Telangana into a league of states that attracts mega projects. Going by official records, nearly 9,000 projects with a total investment of Rs 1.4 lakh crore had been approved and 2.7 lakh people got jobs by 2018.

“TS-iPSSS has certainly improved business environment in Telangana. The government there is now trying to improve infrastructure at all District Industries Centres (DICs). Madhya Pradesh is mulling a similar model to give a fillip to investment and employment,” said an officer privy to the government’s new policy plan. Bureaucrats in MP have also been asked to study the Rajasthan Investment Promotion Scheme (RIPS).

Meanwhile, at the Global Investor Summit 2016, Chouhan had claimed investments worth `5.62 lakh crore had been received from 2,630 entities. Three years later, majority of them have not fructified. Between 2007 and 2014, four investor summits were held in which 2,357 MoUs were signed. Out of these 1,728 were implemented while 537 were cancelled. Kamal Nath is treating the subject slightly differently. He has always maintained that investment is an article of faith.

In the last Global Investors’ Summit (GIS) held in Indore on October 2016, 2630 investments were proposed worth Rs 6.63 trillion. Earlier the government was signing MoUs with the companies which were rechristened to “investment in 2016. In 2007, 102 MoUs worth Rs 1.20 trillion were signed followed by 107 MoUs in 2010 worth Rs 2.35 trillion.  In 2012, 259 MoUs were signed for setting up of projects worth Rs 4.31 trillion. A GIS was also held in October 2014 and was inaugurated by Prime Minister Narendra Modi.

It may be mentioned here that Madhya Pradesh, the “Heart of India”, is a globally emerging investment destination. The state has recorded an impressive growth in GSDP averaging over 10 per cent during the last decade. Government of Madhya Pradesh is proactively engaging with the industry to explore the untapped potential and bring out unprecedented wave of industrial development and social/economic inclusion.

The Summit provides an ideal platform for the key stakeholders to interact on industry scenarios and technology advancements across 15 focused sectors. It also provides industries and countries, a platform to showcase their capabilities and achievements through ‘Global Trade Exhibition’. This exhibition provides a forum to promote the initiative of Make in Madhya Pradesh.

The exhibition is being organized from 18th to 20th October 2019 at the Brilliant Convention Centre, Indore. Global Trade Exhibition 2019 will have 77,500 sq. ft. of exhibition area showcasing a complete gamut of sectors including Agriculture & Food Processing, Automobile & Engineering, Information Technology and ESDM, Pharmaceuticals, Healthcare, Logistics, Tourism, amongst others. The exhibition will have a dedicated space for industries promoting latest technologies such as Robotics, Artificial Intelligence, IoT, Mobility etc. The focus of the exhibition moves beyond identifying new business opportunities onto new technologies disrupting the way business operates.

previousIndia firms up moves against Turkey cosying up to Pak