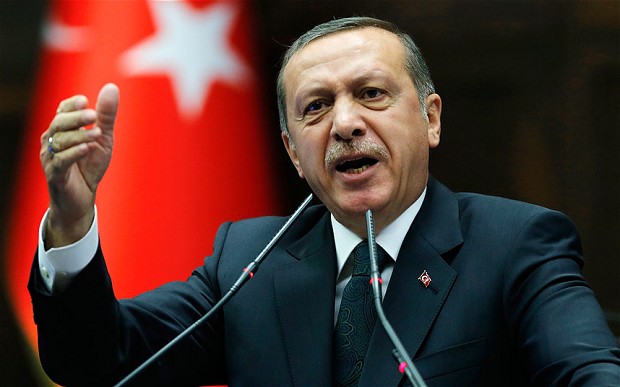 NEW YORK  :Even as Turkish President Recep Tayyip Erdogan was openly cosying up to Pakistan against India at the UNGA, New Delhi has been quietly cementing its ties with three of Ankaras close neighbours and strong rivals – Cyprus, Armenia and Greece.

Prime Minister Narendra Modi met the President of Cyprus Nicos Anastasiades after his UN General Assembly speech, during which the former “reiterated India’s consistent support for the independence, sovereignty, territorial integrity and unity of the Republic of Cyprus”.

India’s statement was significant as the east Mediterranean island was split in a Turkish invasion in 1974, with Ankara occupying the northern part.

Turkey established the Turkish Republic of Northern Cyprus (TRNC), which marked the beginning of a long military standoff between the two sides.

The TRNC lacks international recognition, and has diplomatic ties with only Turkey. Erdogan has also refused to withdraw over 30,000 troops stationed in northern Cyprus.

Following the meeting, Modi tweeted: “Had the opportunity to interact with the PM of Greece,
@kmitsotakis. India-Greece relations have stood the test of time. We will work to enhance trade as well as people-to-people relations for the benefit of our citizens.

“Both leaders reviewed the state of bilateral relations and discussed steps to intensify political, economic and people to people exchanges.”

Turkey and Greece have long had strained ties, and were close to military conflict over the Greek islets of Imia in 1996, before the US stepped in to avert disaster. The uninhabited islets in the Aegean Sea, known as Kardak islets, or Imia in Greece, have been the subject of much friction between the two sides.

Greece and Turkey are also in a spat over Ankara threatening to explore for hydrocarbons in areas Greece claims as its own continental shelf.

Though Greece is smaller in size to Turkey, it spends a formidable amount of its budget on defence spending – seventh in the world at $1,230 per capita – and whose fighter pilots regularly engage in mock dogfights with invading Turkish jets.

Modi also met his Armenian counterpart Nikol Pashinyan, whose country shares a border with Turkey with whom relations have been rocky.

Armenians have not been able to forgive the genocide of millions of its nationals by the Turks of the Ottoman Empire in 1915. The Turkish government has denied that a genocide ever took place.

“Had extensive deliberations with PM @NikolPashinyan. We talked about expanding India-Armenia cooperation in aspects relating to technology, pharmaceuticals and agro-based industries. PM Pashinyan also referred to the popularity of Indian movies, music and Yoga in Armenia,” Modi tweeted on Thursday.

The Foreign Ministers of Cyprus, Greece and Armenia also held their first-ever trilateral meeting in the Cypriot capital of Nicosia in June.

He also accused Turkey of violating the sovereign rights of Cyprus in its internationally recognised exclusive economic zone (EEZ) and continental shelf.

The Armenian Prime Minister also slammed Turkey in his UNGA speech for “refusing to establish diplomatic relations with Armenia, overtly assisting Azerbaijan against Armenia and Nagorno Karabakh” and termed Turkey “a serious security threat to Armenia and the Armenian people who had experienced the deep tragedy of the Genocide and continue to face the fierce denial of truth and justice”.

In view of the deep animosity the three countries share with Turkey, Modi’s meetings with the leaders assumes significance, and is an apparent move to counter Ankara’s moves to side with Islamabad against India.