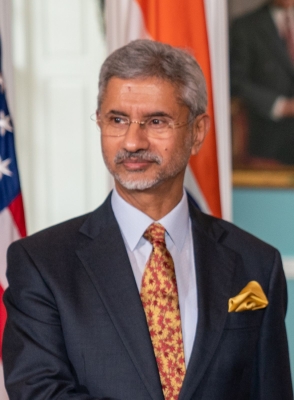 External Affairs Minister S. Jaishankar on Saturday met his Canadian counterpart Melanie Joly and discussed the Ukraine conflict among other important issues. The meeting took place on the sidelines of the East Asia Summit.

“Nice to meet FM @melaniejoly of Canada on the sidelines of the East Asia Summit. Discussed the Ukraine conflict, Indo-Pacific, bilateral cooperation and community welfare. Appreciate steps being taken to address visa challenges,” a tweet read.

Jaishankar also tweeted a photograph of the meeting from his official twitter handle.

He tweeted, “Pleasure to meet FM @DmytroKuleba of Ukraine. Our discussions covered recent developments in the conflict, the grain initiative and nuclear concerns.”

The minister also tweeted about his meeting with Foreign Minister of Singapore, Vivian Balakrishnan and Indonesian FM Retno Marsudi. He shared the photographs of the meetings on Twitter.

EAM Dr. S Jaishankar is accompanying Vice President Jagdeep Dhankhar who is in Cambodia to attend the ASEAN-India Commemorative Summit and the 17th East Asia Summit being held in Phnom Penh.

In his first ever foreign visit, the Vice President arrived in Cambodia on November 11 where he was welcomed by Chea Vandeth, Minister of Post and Telecommunications, Cambodia and other dignitaries at Phnom Penh airport.

The Vice President is scheduled to attend a host of events during his three-day tour, including the ASEAN India Commemorative Summit and the 17th East Asia Summit.