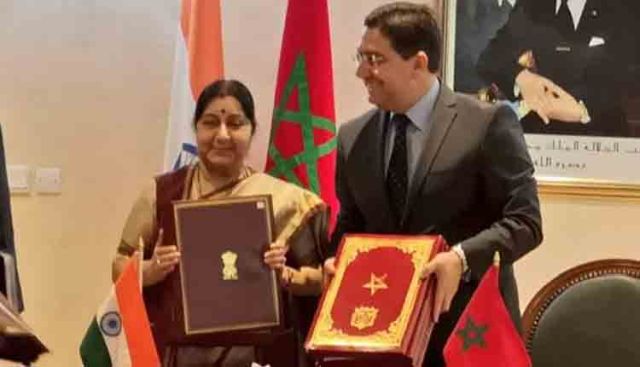 Speaking at a press briefing, Bourita said the signing of these agreements will strengthen the legal framework governing the relations between the two countries.

For her part, the Indian foreign minister stressed that India is committed to developing bilateral relations with Morocco.