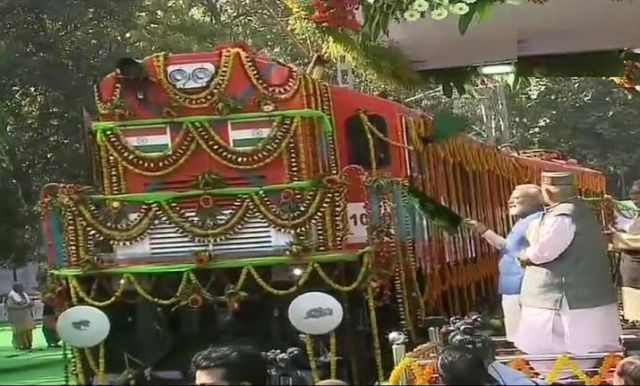 After the flag-off from the Diesel Locomotive Works (DLW) campus, he also interacted with differently abled persons.

The Prime Minister is scheduled to spend around six hours in Varanasi, his parliamentary constituency, during which he will launch projects worth Rs 3,300 crore.

He will also visit the Sant Ravidas temple.

This is Modi’s 17th visit to the temple town after becoming its representative in 2014.

previousNew round of US-China trade talks to kickstart on Tuesday