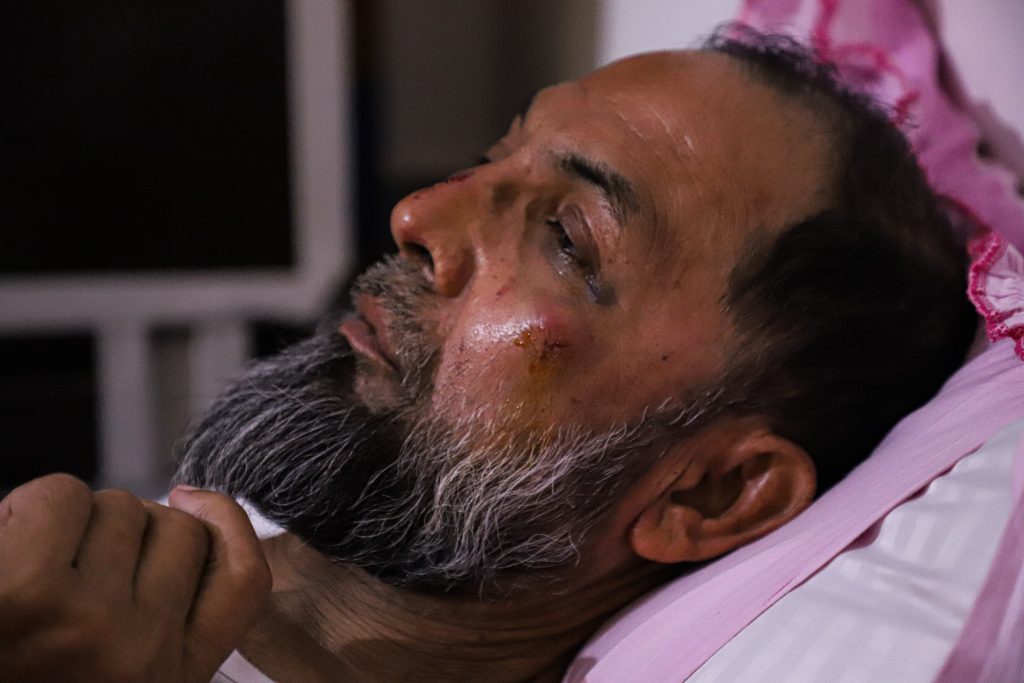 62-year-old Kazim Ahmed Sherwani who was attacked by three Hindu youth in Noida in July this year, moved the Supreme Court, seeking action against those who tortured him and the police officers who refused to take action.

Kazim, a resident of Zakir Nagar in Delhi was brutally beaten, harassed, and attacked by the group while he was on his way to Aligarh to attend a relative’s wedding.

The assailants targeted him for his identity as a visible Muslim, they also raised anti-Muslim slurs against him, Kazim earlier said.

A Bench of Justices AM Khanwilkar and CT Ravikumar said that similar petitions on hate speech are being heard by a Bench headed by the Chief Justice of India (CJI) and ordered that the matter be listed before the CJI on 3 December.

“That’s the update of my uncle Kazim Ahmad’s plea in Supreme Court, a victim of hate crime. He was literally dragged into a car, near Sec. 37 Police Chowki, Noida i.e. Bus stand, beaten black and blue due to his attire and visible appearance,” while responding to the top court’s order, Kazim’s kin Amir Sherwani said.

“While I was waiting at Noida Sector-37 to get a bus for Aligarh, some people standing at a distance in a white car called me towards them. When I went there they dragged me inside the car, rolled up the windows, and started beating me before I could ask or say anything,” Kazim said a day after the incident he faced.

The elderly man alleged that he kept pleading to spare him but they didn’t listen and were consistently beating and left him abandoned in a half-dead condition. “They slipped off my pyjamas, attacked me with a screwdriver on the nose, took away all my money, belongings and spectacles. They pulled my beard and tried to strangle my neck with their towel,” he told .

While sharing the ordeal , the old man had said that he was in absolute fear and at the time of the incident he thought that he will be another Muslim who will be lynched by Hindu fringe groups, as it has been happening for a while now.

“This is not the first attack based on my identity. I was earlier attacked by Gujjars while I was travelling to Aligarh in a train, a year ago,” said Kazim.

Soon after the incident, Kazim went to the police station at Sector 37 of Gautam Buddh Nagar and narrated the ordeal but the cops refused to take down his complaint or offer any medical help.

After media reports of the incident surfaced, the policemen visited Kazim but they declared that this was not a hate crime. The cops even urged Kazim and his family to not “needlessly politicise” the matter.