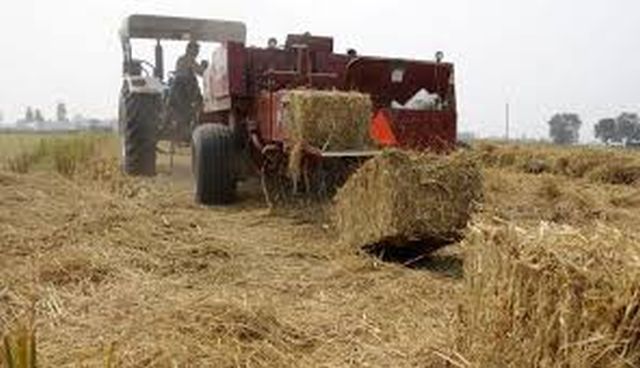 New Delhi : The revelation that many Custom Hiring Centres (CHC) are not transferring to farmers in north India the benefits of the subsidy on renting agricultural machinery to avoid burning of post-harvest stubble has forced the government to devise a mechanism to keep a tab on them.

The CHCs get financial assistance of 80 per cent under a Rs 1,151 crore central scheme so that farmers in Punjab, Haryana and Uttar Pradesh to purchase farm machineary to be provided to farmers at affordable rents to dissuade them from stubble burning.

Stubble burning is considered as one of the major factors for air pollution in the national capital region and its surroundings.

According to sources, some CHCs were found to have rented out machinery, particularly the Happy Seeder, which is in huge demand during wheat sowing season, at exorbitant rents as the sowing period lasts for just 2-3 weeks.

“If there is more demand and less machines in any particular area, some hiring centres, including farmers cooperatives, take undue benefit of the situation and overcharge farmers. The ministry has come across cases where a single hiring centre has made up to Rs 10 crore in just one season,” said a source.

“We cannot allow hiring centres to pocket all the benefits that are meant for farmers. The new mechanism will have an ability to monitor every one of them,” he said.

Under the mechanism, a mobile app will be used to monitor availability of machinery in different areas, its demand and supply ratio and the rates being charged by the CHCs.

The government is set to unveil the app this week, and, subsequently, the CHCs will be asked to register themselves.

Prime Minister Narendra Modi is expected to launch the app in the first week of March.

“Farmers can register themselves on the app and raise request for farm machinery. They will be guided to hiring centres in a 5-50 km radius along with available machines,” said the source.

“We will be able to keep the track of the activities, including payments made by farmers. We will get real-time data that will help us locating areas which need special focus in terms of supply of more machinery.”

The government may cap the prices for hiring various agriculture equipment and machinery but the proposal is still under discussion.

According to ministry, over 10,500 Happy Seeders – which obviates the need for stubble burning – were sold in 2018. However, incidences of stubble burning were still rampant in Punjab, Haryana and Uttar Pradesh this year as well.

Small and marginal farmers can neither afford to buy a Happy Seeder, which costs at least Rs 1.5 lakh, nor can they get one on rent at market prices. It necessitates the government to make the machinery available to them at affordable price.