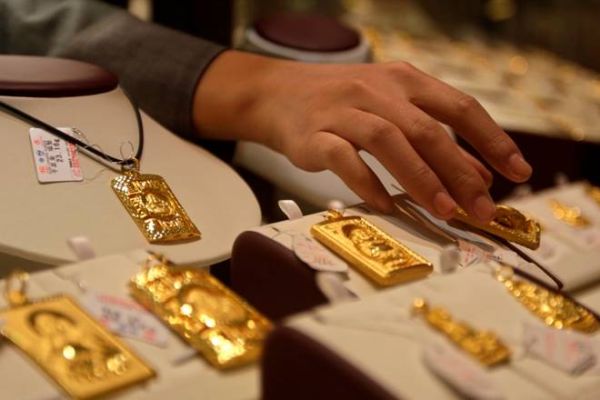 Kolkata : Despite subdued demand for gold jewellery during the current fiscal, the outlook for the retail industry of jewellery made of the yellow metal remained positive, and over the medium to long term the gold jewellery demand growth is projected at 6-7 per cent, said a report released on Friday.

“There will be stable outlook on gold jewellery retail industry. Gold jewellery demand in India varies across rural and urban markets, right from the type of jewellery bought, timing of purchases,” said a report by rating agency ICRA.

Following a strong nine per cent volume growth in the last fiscal, gold jewellery demand has been subdued in 2018. Jewellery sales during the critical festive period (August to November) were relatively sluggish due to various factors like elevated gold prices and floods in Kerala.

“Over the medium to long term, gold jewellery demand growth is projected at 6-7 per cent supported by the cultural underpinnings, evolving lifestyle, growing disposable income, favourable demographic dividend and the growing penetration of organised sector,” it said.

Being a price-sensitive market, higher gold prices result in deferment of purchases by consumers. Gold prices increased by over six per cent in the last one year with consequent impact on consumption demand, the rating agency said.

This apart, financing to the gems and jewellery sector has been under increased scrutiny in the last one year following reporting of fraud by a few lenders on exposures to leading diamond jewellers, and on exposures to a couple of gold jewellery retailers in south India.

According to it, tightened credit has affected the store expansion plans and working capital position of industry players, especially the unorganised ones.

The agency also said the performance of many organised players has been relatively better.

“Post currency demonetisation and implementation of Goods and Service tax (GST), a marked shift is visible from unorganised to organised trade. This apart, assurances on quality, purity, and availability of wider design range and rising preference for fashion jewellery further supported organised trade,” it said.

Going forward, these regulatory measures are expected to continue to accelerate the formalisation of the sector, and the market shares of organised players are accordingly expected to increase.

nextMamata accuses Centre of not releasing Rs 2,500 cr under MNREGA