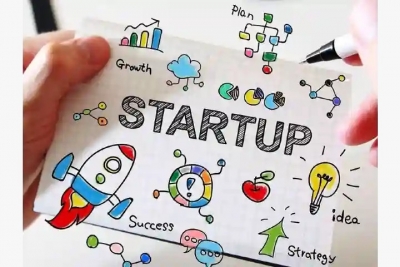 The Kerala government on Wednesday announced to double the financial assistance to industries and startups from Rs five million to Rs 10 million, making the environment more conducive for the units.

Kochi, Sep 28, 2022: The Kerala government on Wednesday announced to double the financial assistance to industries and startups from Rs five million to Rs 10 million, making the environment more conducive for the units.

Inaugurating the KSIDC Scale up 2022 here, State Industries Minister P. Rajeev said, “Start-ups have to be given all the atmosphere to grow as at the moment 30 per cent of the Start-ups close down. Our aim is to bring that figure down and for that, we will be there with all the assistance and help. KSIDC will set up a team of experts who will also provide support,” said Rajeev.

KSIDC (Kerala State Industrial Development Corporation Ltd) is the industrial and investment promotion agency of the Government of Kerala, for the promotion and development of medium and large scale units in the State of Kerala.

He said the Industries department’s programme of starting one lakh new units in one year has in six months saw 61,350 units, new ones being set up and creation of 1.35 lakh new jobs.

“We are now working out a project with KELTRON (state owned electronics agency) where we expect Rs 1,000 crores investment. At present, in Kerala we have the biggest blood bag manufacturing unit in Asia and several other units and more and more companies are opening offices in the state,” added Rajeev.

He said Kerala is a huge market (bottled water to the tune of Rs 240 crore and textiles worth over Rs 3,000 crore) and of this, a sizeable share of things are produced outside the state.

“We are planning for a branding campaign for ‘made in Kerala’,” added Rajeev.