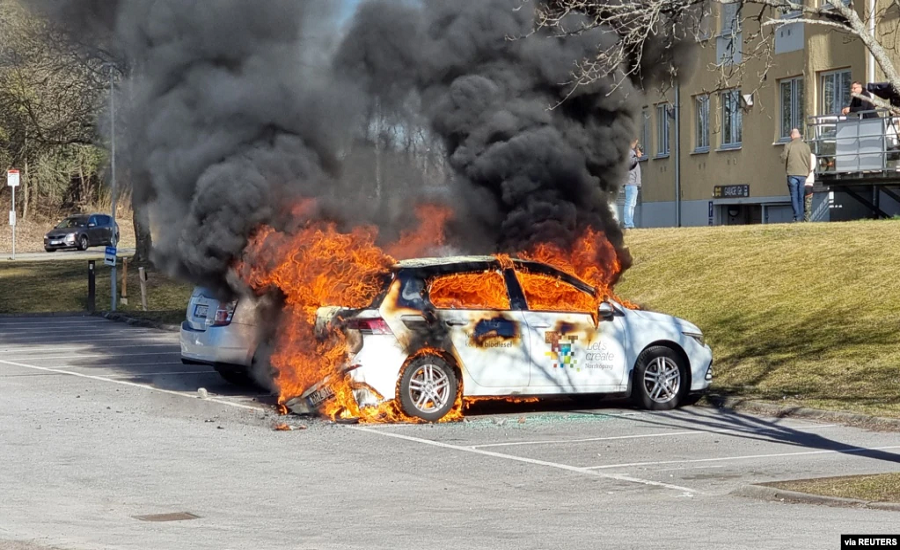 STOCKHOLM — Plans by a far-right group to publicly burn copies of the holy Quran sparked violent clashes with counter-demonstrators for the third day running in Sweden, police said on Sunday.

Litter bins, a bus and a car were all set on fire in a series of incidents in the southern city of Malmo overnight, police said in a statement.

“The situation calmed down towards 3am,” police spokeswoman Kim Hild told SR public radio, adding that no officers were hurt, but a number of members of the public were slightly injured.

Nearly 20 complaints had been filed, including for vandalism.

There have been similar clashes in recent days over plans by the anti-immigration and anti-Islamic Stram Kurs (Hard Line) movement led by Danish-Swedish politician Rasmus Paludan to burn copies of the holy Quran in public.

The clashes broke out after a rally by the group’s supporters on Saturday.

Three police officers had to be taken to hospital after a riot broke out in the city of Linkoping in eastern Sweden on Thursday. Two people were arrested at that protest.

And on Friday, nine police officers were injured in similar clashes in Orebro in central Sweden.

In the wake of the string of incidents, Iraq’s foreign ministry said that it had summoned the Swedish charge d’affaires in Baghdad on Sunday.

It warned that the affair could have “serious repercussions” on “relations between Sweden and Muslims in general, both Muslim and Arab countries and Muslim communities in Europe.”

Paludan plans to hold further rallies at two other cities in Sweden, but the demonstrations have not received the go-ahead by police.

previousFrom Mosul to Raqqa to Mariupol, Killing Civilians is A Crime