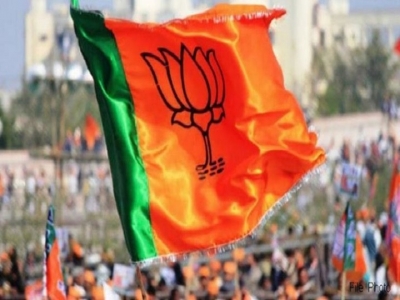 Some concerned citizens have raised an apprehension that in the 2024 Parliamentary election if the BJP gets defeated it will never give up power peacefully.  There is the likelihood that the Hindutva forces may stage a coup along the lines of the January 6 2021 events held at the Capitol in Washington DC and torpedo the people’s mandate.

Whether such kind of spectacle will happen in India as well is a matter of conjecture but there are many reasons to believe that change of political dispensation may not happen smoothly.

There are reasons to believe that the BJP will resist the transfer of power on a platter to the opposition may claim on the basis of getting a popular mandate.  This is said because the BJP has the wherewithal to do so. It can use extra-Parliamentary means to subvert democracy and its entire paraphernalia. The BJP has the militia, the mass organization, the judiciary, the election commission, and the security agencies and above the Army and the police personnel, to back it up and can listen to its commandments.

This view is further endorsed because the BJP-RSS has taken over all the institutions of state power. The state apparatus can be readily deployed if and when such necessity erupts. This lay credence to the theory that the Hindutva forces may stage a coup and those supposed to resist them will support them to remain in power.

The opposition parties have no clue if faced with such a situation. They are calling for unity among the political stakeholders but none is prepared even to talk on such lines. The fact is such a scenario is entwined in the social and political reality of India. Things cannot change on the ground unless the leadership is changed, and the leadership itself cannot be changed unless there is a change in the attitude of the people on the ground.

This can only happen when a popular movement is built to unite the people with clear-cut goals and objectives. The people’s movement should also be prepared to physically resist the Hindutva stormtroopers if they stop the change of guard. The task is monumental but there is hardly any alternative to it. If India has gotten out of the current situation that is witnessed, it has to be prepared for any such eventualities.

It goes without saying that the BJP is sustaining its rule on the politics of hatred and the hope of building the Hindu Rashtra.  The BJP government has done everything at its command to amplify every ill that is dividing the country. Be it religious divide, caste divide, patriarchal culture, deprivation and unemployment, exploitation of the working class, clampdown on the freedom of expression, and many more such things.

The situation has come to such a pass in India that under the BJP rule unemployment among the youth stands at 42%, inflation is at an all-time high, education has become out of the hands of the poor people, and there is a complete collapse of labor protection, the corporatization of agriculture has left the farmers in penury and destitution, there is stagnation of social development and many more such things.

There is policy paralysis in the BJP’s style of governance.  It is unable to make policy decisions on how to tackle: inflation, unemployment, climate crisis, nuclear stockpile, environment protection, caste census, reservation in the private sector, education policy, rising crime against women, labor laws, etc.

The BJP has tried to wriggle out from such a situation by holding three bogeys aloft. One is Hindus who form 80 percent of the population in danger from the 20 percent Muslim population. As result, they crafted the second bogey to get rid of the Indian Muslims as a panacea to all the ills of the country. The third bogey is only a Hindu Rashtra can solve all the problems plaguing the country.

These are powerful narratives built by the BJP IT cell that’s injecting hate into the country and has been successful in catching the imagination of a significant number of people. This explosive mix of Hindu religion with Indian nationalism and ‘othering’ the Muslims is sustaining the BJP in power.

In such an environment of hate and deceit, the opposition faces the challenge of how to de-radicalize the indoctrinated people and bring them to the secular platform. They are more buoyed by the appeal of Hindu India than the slogan of unity in diversity.

Given the political reality, the opposition in India minus Congress can only benefit the ruling BJP, and the party that can resist the BJP is Congress alone. The other political parties even if they don’t like a personality-driven Congress have any other option but to rally behind India’s oldest political party if they want to save the idea of western liberal democracy in the country.

The fact is Congress is facing its worst-ever existential crisis. Plagued by desertions, defections, resignations, factional rebellions, and second-rung leaders mouthing BJP lines, the old adage holds true for the Congress: When the ship sinks, the rats jump.

As it looks now, it would be a miracle for Congress to forge unity within its ranks, and then go on to lead the disparate, opportunist, and half-hearted opposition. Even if the opposition unites in 2024 and pulls off a victory, it must be borne in mind that the RSS-BJP is not an organization that is going to be defeated through the ballot box alone.

The cultural and institutional legacy of Hindutva fascism has managed to penetrate and embed itself in the social and political space of the country that’s hard to dismantle.

As such if Modi is not elected for a third term with a comfortable majority in 2024 the coup by Hindutva will saddle him in power. In such a case, it will be a declaration that India has become the Hindu Republic that would adopt a new constitution that would govern the country.

It is hoped and prayed that such a doomsday scenario never prevails in the country, but in case it happens what will be people’s response to it?